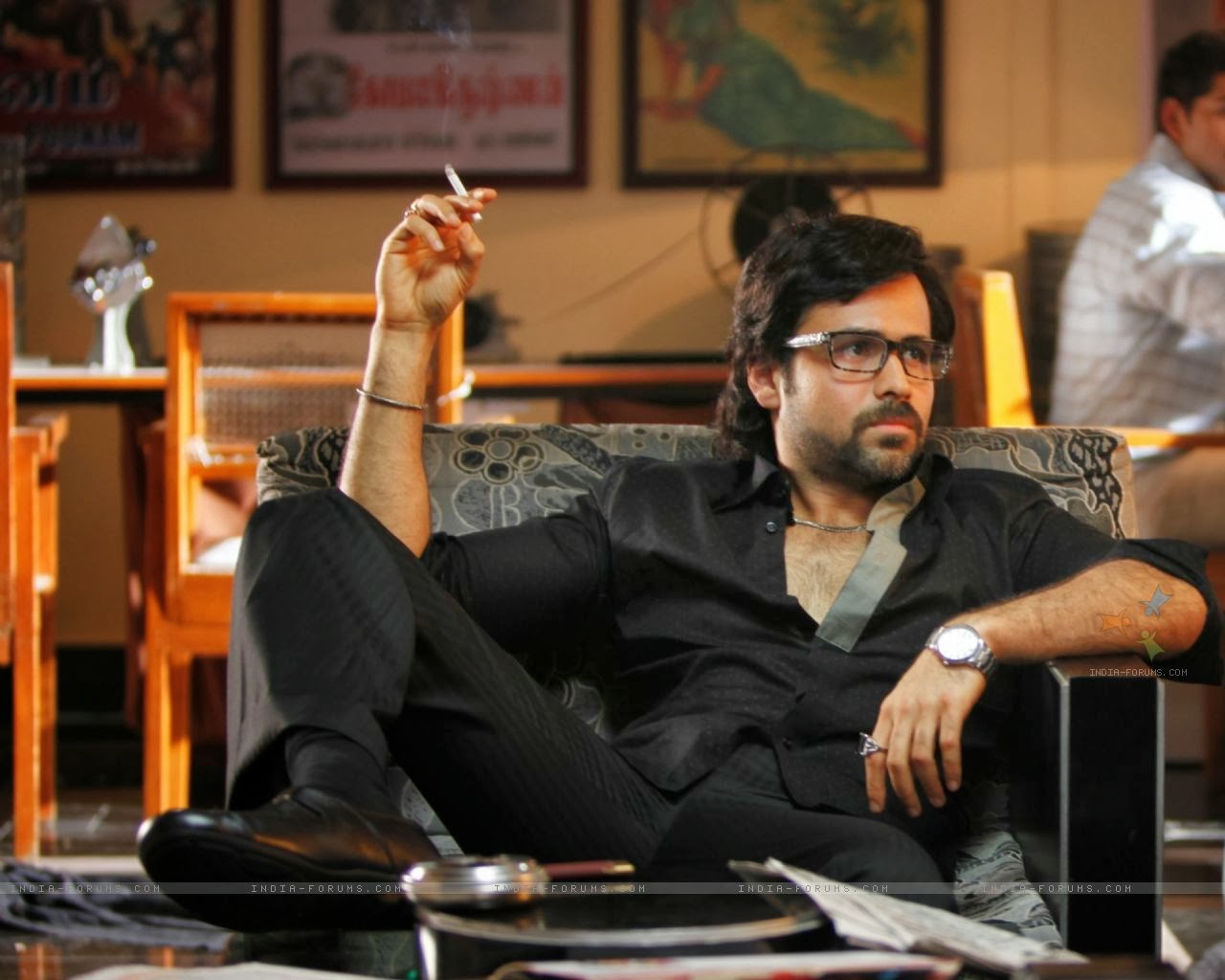 One of my colleague is a big fan of Emraan Hashmi, he usually follows his style and his looks. One can easily see him singing his songs not just that he also try to include his dialogues while talking. His phone ring tone,his caller tune,on wallpaper of his phone there is only Emraan Hashmi. This incidents happened during the release of Dirty Picture. He started growing his beard to have a stubble look like Emraan.

One day he asked me to take his picture in that stubble look so that he could upload it to face book. As soon as the photo uploaded he received a message from his girlfriend," What is this?" " What?" " What have you done to your face?" " Nothing!" " I am talking about that beard and mustache." " Oh! That's my Dirty Picture look of Emraan Hashmi." "Don't you know that I hate that smelly stubble. I like a clean-shaven look like SRK." Their argument increases with arrival of Shah Rukh Khan's name in it.

After few minutes I saw him dialing her number as she was not responding to his messages. When she picked the phone I heard him saying that he was just joking and made that look with his friends help using Photoshop. He also said that how he could do something not liked by her. I smiled and said to myself that it's better to let go things in just a joke when it started turning serious.

This post is a part of the Protest Against Smelly Stubble Activity in association with BlogAdda.
I would like to tag Rakesh Shrivastav, Aliasgar Mukhtiar and Umamaheshwari Anadane in this post.
BlogAdda Emraan Hashmi humor Memoir P.A.S.S Photoshop Shah Rukh Khan