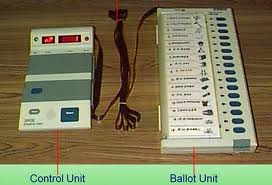 Assembly polls going on in 5 Indian states concluded with end of polling in Delhi on 4th December 2013. These assembly elections hold it's significance in the fact that they arrive before Lok Sabha elections thus projected in the media as semifinals also there is a direct fight in four of these five states between two leading political parties(Congress and BJP) in India. These states are Rajasthan, Delhi, Madhya Pradesh and Chattisgarh. Media coverage of these elections make the scenario more interesting with daily debates and analysis of the ground situation. These debates and analysis actually are confusing for the issues raised in them some of which are useless in state politics.

My motive of writing this article is not to analyse the situations and then predicting the probable outcome of these elections ,it is better be done by News channels with opinion and exit polls( which usually go wrong but helps in maintaining the heat till the result day), neither I am trying to look at the impact of Arvind Kejrival, Narender Modi and Rahul Gandhi on these polls it will become clear on 8th December the result day. I am here to boost the other side of these elections a better side for our democratic setup that is the increase in voting percentage.

The voting percentage in all these five states have increased from previous polls to the extent that it has created records in those states. Delhi gave it's best with 67% voting,Rajasthan with 74.38%,Madhya Pradesh with 70%,Chattisgarh with 71% and Mizoram with 82%. Increase in percentage shows that more people are now taking part in the political system. These trends also shows that a big change will happen as more voting percentage implies clean sweeps as observed in previous state assembly polls. It also showcase the efforts of Election Commission ,it is because of their awareness campaign that people came out in big numbers,increase number of polling stations along with mobile polling booths encouraged more people in remote areas of Rajasthan and Chattisgarh to vote. Provision of NOTA( None Of The Above) button in EVM's (Electronic Voting Machines) helps in bringing those voters to vote who don't like their candidates.

Whatever be the result of this election but this trend will definitely make our elected members more responsible as people are becoming more aware of the power they possess with a vote. This will encourage better candidates more accountable to the people. I hope that increase in voting percentage in these states will also boost voters in other states to vote in big numbers.