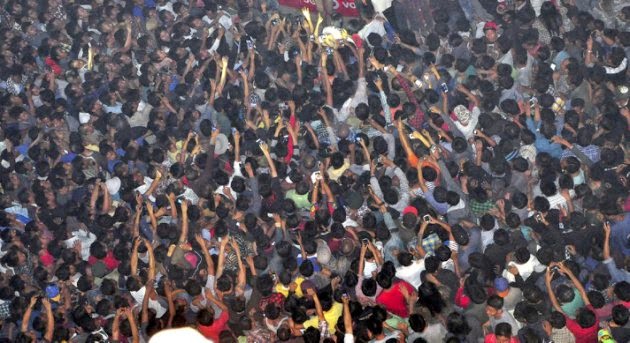 People always fall short of words for abuses and curses for the rapist of Jyoti Singh popularly known as Nirbhaya the victim of December 16 Delhi gang rape case even now after two years of that dreadful incident but there are no words of condolences for Syed Sharif Khan who was lynched by a mob in Dimapur, Nagaland on 5th March 2015.

When I first heard the news of publicly killing a rape accused I rejoiced it for the fact that rapists in India went out from the jails unharmed or with small punishments after the end of court trials. A documentary 'India's Daughter' on Nirbhaya case by BBC even shows how shameless rapist could be, they have became hale and hearty in the prison and now justifying there act of raping and killing her. After watching this movie before its YouTube ban by the government of India (which I think is a wrong decision, their mindset should be in front of the people) I felt sorry for the India's judicial system and ridiculed its maker for giving so many chances to appeal in different courts to the accused.

But after Dimapur lynching incident I found that the makers of law were not wrong in giving full chance to the accused to prove his/her innocence. " Escape of hundred guilty is better than the conviction of one innocent."Police investigation in the Dimapur case reveals that medical examination of the victim denies possibility of rape, there are evidence of consensual sex, there are also proofs that the incident was pre -planned and orchestrated through social media pages and blogs (according to the reports in today's (13.3.2015)The Indian Express newspaper). The news that he was an illegal Bangladeshi immigrant was falsely planted in some local newspapers of Nagaland to instigate the mob instead he was from a family of army men in Assam.

This case not only highlights the misuse of social media in misguiding the mob but also points out a deep and more harsh reality that Bengali Muslim in that area are mistreated and hated because they could be Bangladeshi immigrants. Illegal Bangladeshi immigrants is really a problem in northeast states but this is not the solution to deal with the problem. " Darkness cannot drive out darkness only light can, hate cannot drive out hate only love can." He was paraded naked, smacked by the mob of around 10,000 people, pelted with stone that finally killed him. It was the shear act of violence and a shameful act of inhumanity.

This is a very serious incident and I believe that voices against it should resonate throughout the country and government must probe the incident thoroughly to catch the culprits. There is also a need for better policy on immigration problems. There is also a need for spreading the message of love and peace in the country. If mob started taking decision than the country would became a mere Jungle of animals. And remember that India's Son is as important as India's Daughter.
16th December Bangladeshi immigrants BBC documentary Dimapur Lynching India's Daughter Jyoti Singh Nagaland Nirbhaya Syed Sharif Khan