Shatru Kronikles Book - 1 is written by Bommadevara Sai Chandravadhan ( Vadhan ) and is published by Frog Books of Leadstart Publishing Pvt. Ltd. I have received this book as a part of Readers Cosmos Book Review Program. It is a fantasy fiction set in modern day Gurgaon, a city near New Delhi - India  where author also lives with his wife. 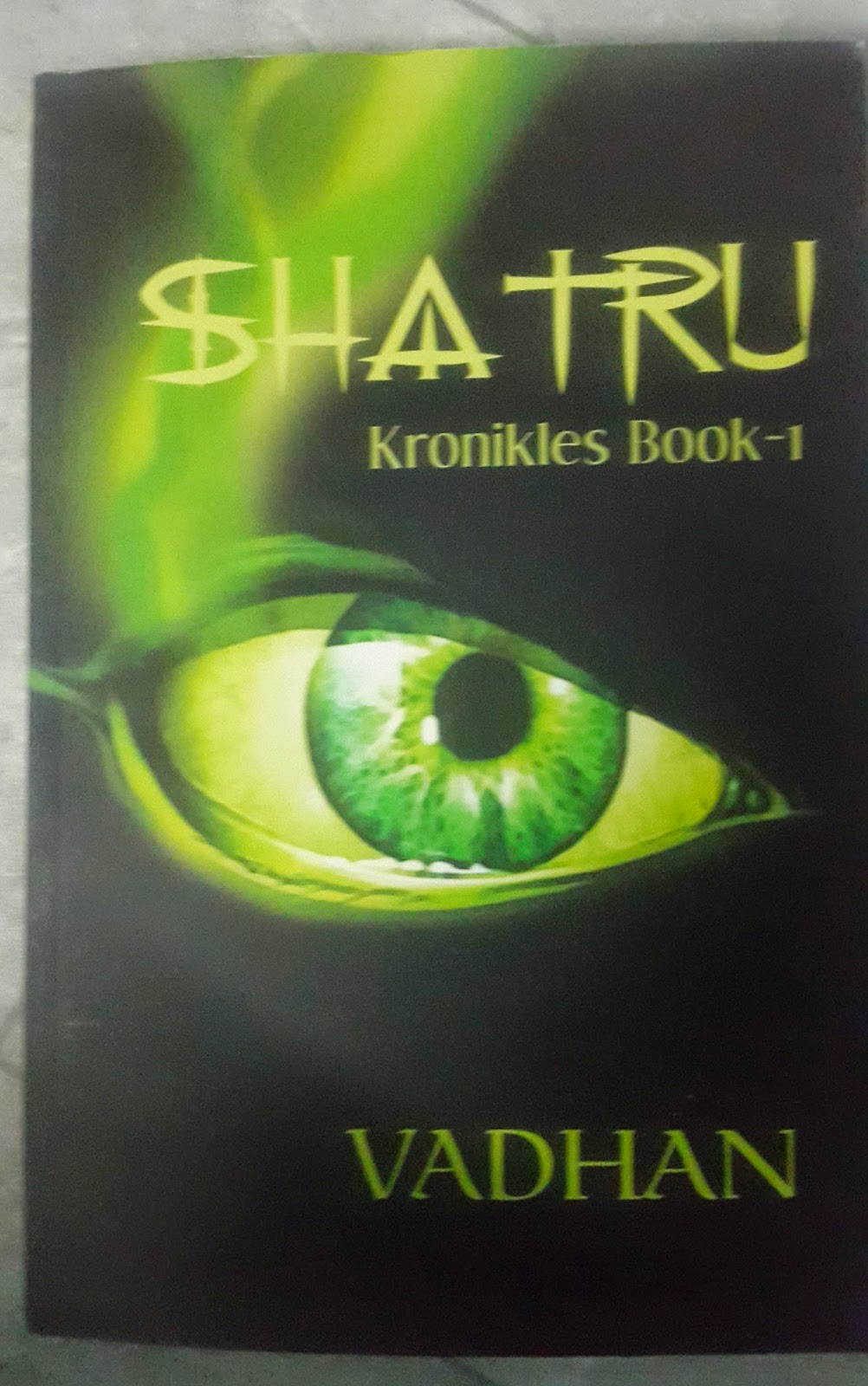 Cover : A big green monstrous eye looks nice on the cover, though it does not give the idea about the story but surely gives hints about the character of protagonist Shatru - the Asura Half Breed. That cover image with dark back ground takes the reader in that dark unknown world.

Plot : Shatru - the Hunter or an investigating agent of the unknown world found and killed a Rakshahs charged with murder of innocent Half Breeds. The Guardians who maintain balance between the Devas and the Asuras gave him another task of finding killer of Kaushalya who was working on their biggest project i.e the Unison of Light and the project Union. Shatru in his journey of finding the truth put his father, his dog , his assistant and even his own life in danger. The evil forces were spreading around on the earth to destroy the humankind and only Shatru can stop them by finding Kaushalya's killer and solving the mystery of the New Born. Will he able to do so or will he lose everything in this biggest battle?

Thriller : The narration make you to believe this fantasy world to be true. The characterization , the fight sequences and the mythological citation are thoroughly explored and depicted in the story. The language is not very simple but easily understandable. The pace of narrative in maintaining the mystery and suspense makes it engrossing and an amazing read. It sometimes reminded me of secret world of Men In Black.

Spoiler : There is not much as a spoiler in this book as far as thriller genre is concerned. But yes the mythological detail makes it complicated at points but when you understands these references it also becomes easier to understand. Some strong dialogues would have made it better.

Verdict : A must read for thriller and fantasy lovers. You should also read to have the taste of our mythology.