Soul Mates - Love Without Ownership is written by Vinit K. Bansal whose first novel I Am Heartless is also among national bestseller. This book is published by Red Ink Publishers. I have received this book for winning Blog-A-Ton 51 for my poem Soulmates . This story confirms again that love is selfless. 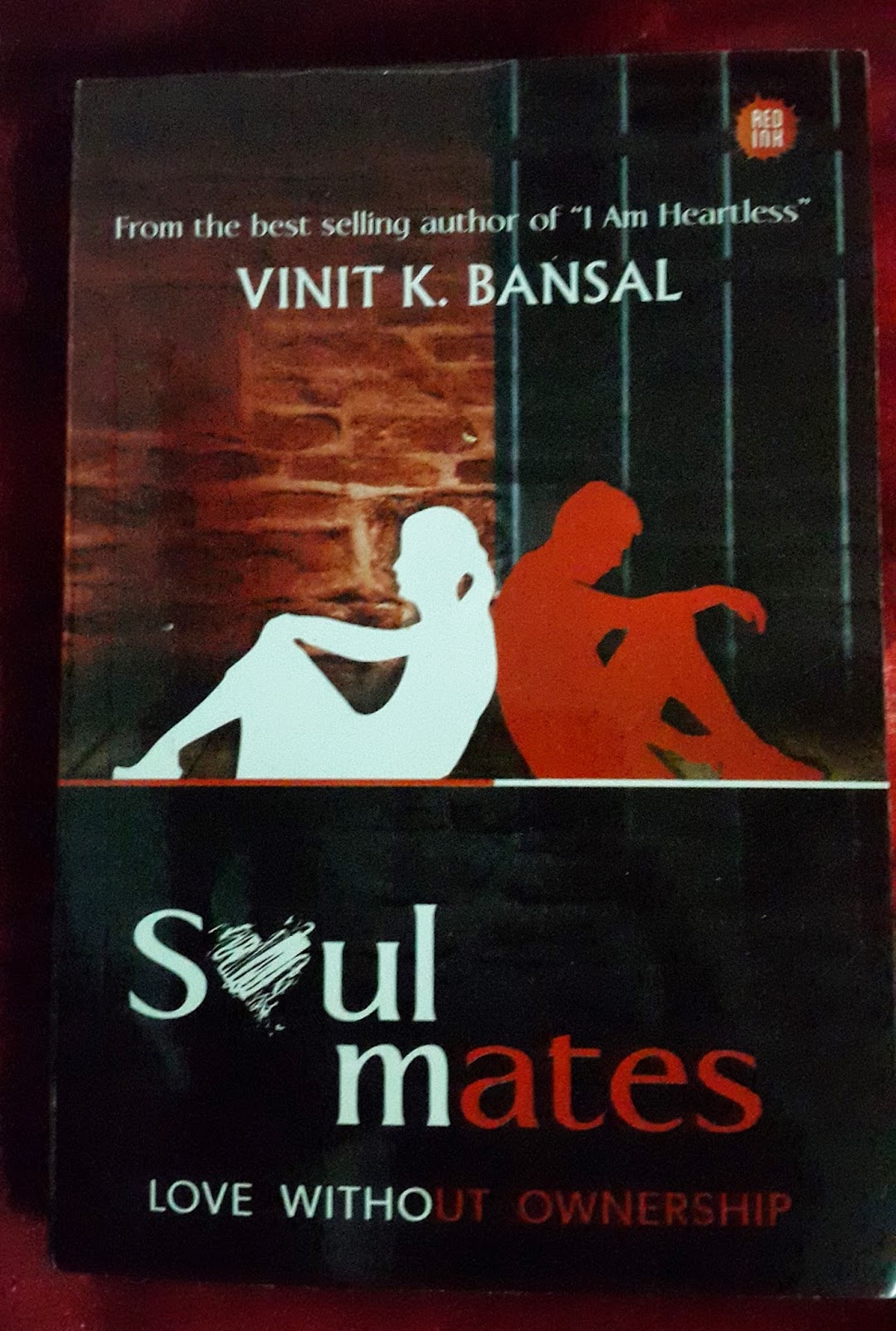 Cover : It's cover reminds a pose from Dilwale Dulhaniya Le Jayenge but here the images are little bit sad implying a sad love story. The background iron rod and brick wall giving the impression about involvement of Jail. Overall a nice cover for the story.

Plot : Rajiv Bhattacharya a budding reporter assigned the task to interview a murderer in jail. After few attempts Neel Gupta the criminal gave his nod for the interview. Neel Gupta was a small town guy who came to Jaipur University for his higher studies. On the day of his arrival he encountered wounded Ranadeep and took him to the hospital. Ranadeep was from an effluent family of politicians,they started treating Neel as their own son after that incident and for Ranadeep also he was a younger brother. Neel fell in love with Aditi a simple girl in his class while Ranadeep started loving Ria also Neel's classmate. Though Aditi also loved Neel, Ria didn't like Ranadeep who was obsessed for her and instead she expressed her love for Neel. Ria died and Neel was charged for her murder. How Ranadeep reacted to it? How Neel and Aditi's relationship changes with Ria coming in between them ? Why Neel charged for Ria's murder? All these questions are answered in this gripping love story.

Boiler : The simplicity of narration , story and the characters is the boiling point of the novel. All the characters appears believable which helps in making the story engrossing. Simple language and proper chapter breaks add interest to it. Dialogues are nice the romantic scenes which I think are the soul of love stories are nicely scripted. Though the start of the story reminded me Veer - Zara but their is no connection between them except both of them talk of Love Without Ownership.

Spoiler : Predictability. As the story unfolds its outcome is easily predictable at least I predicted it right each time . The climax is below expectation and it's there where this story loses points.

Verdict : Those who love love stories can give it a try and if you are not a movie buff like me then you would not be disappointed with the end as I am.