The Waning Moon - When Love Interrupts is a sequel to Six Teen Mistakes - The Waxing Moon by Nikhil Kushwaha which was reviewed by me here. This book is also published by Frog Books of Leadstart Publishing Pvt. Ltd. I have received this book from the author and it is the continuation of the first part. 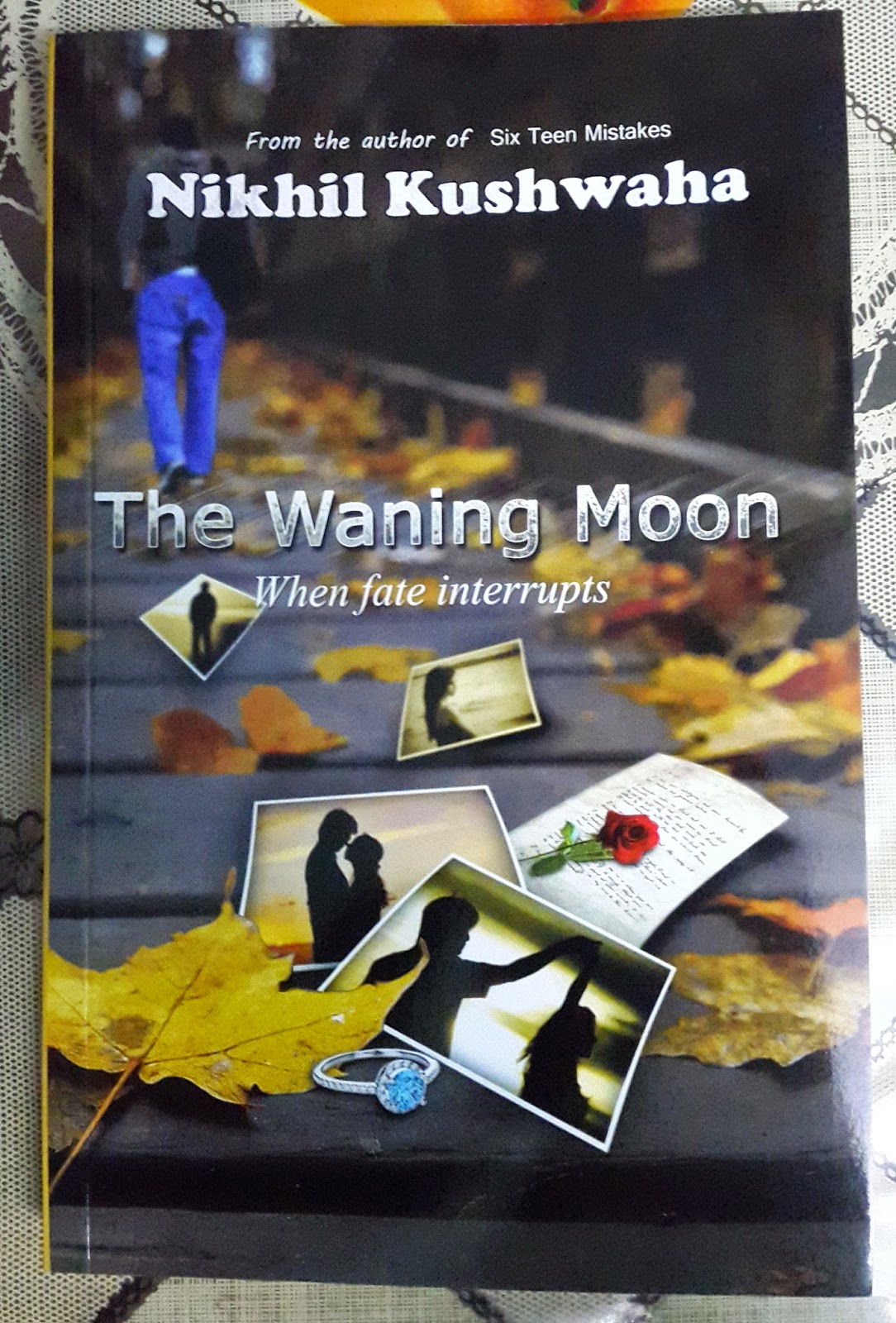 Cover: It looks nice with photographs of good times in love, a love letter and an engagement ring all in the foreground of lonely walking boy. It suits the narrative and the poem in the rear of the book which is the best poem in this book.

Plot: This is sad but there is no plot or story in this book. Priya came to Nikhil's hometown to attend her cousin's wedding and also to listen the rest his love story. We already knew at the end of the first book that Shreya was dead, this part only describes the timeline of how this happened.

Boiler : The poems again came to the rescue but this time they are used less , the narrative was simple and easy to understand. Characters are believable. Some love moments are captured well.

Spoiler : I don't know how to say that but this story is stagnant throughout. I waited till the end for some twists and surprises like Nikhil concocting the story just to impress Priya whom he loved from the first sight or including some event like his elopement with Shreya could have electrified the narrative. Her death was also emotionless and his remembering of those times looks painless and comical to me that's why I actually waiting for some weird or surprise ending which it was not. Some poems looked vulgar to me and others were also not as good as in the previous part.

Verdict : Read just to know what happens after first part. A simple read.