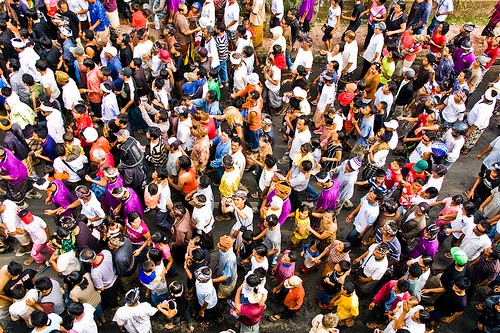 Police force gathered for a short briefing on law and order situation at minister's office. "See what happened yesterday was not a good sign for me. Your force stopped killing of those people who killed few men of our religion." "But sir we have arrested the culprits. Killing every one on basis of religion is an act of inhumanity absolutely  unconstitutional and undemocratic. " Don't teach me democracy commissioner and remember that for next two days I will handle every thing close your eyes remove your phone connections and just stop listening complaints. Two days would be enough for our reactions on their actions. "

Minister informed his associates and party workers about next day's plans. They were ready with arms and ammunition to eradicate people of those religion with whom they were living in harmony for years. They started giving hate speeches to instigate common people so they could spread fire of hatred amongst them. But people remained calm and quite , people  of both religion shook hand and hugged each other in front of them. They were surprised to see such reactions. Their speeches were not changing their relation like before.  Soon police also reached there to catch rioters because someone leaked a video of minister's briefing of last night to the media which helped in failure of this political propaganda.

" Sir you exposed the minister with your plan." An officer told the commissioner. "Shhhh! don't tell anybody else about this. Let him think who made this video. If  someone has exposed them last time thousands of innocent lives could have
been saved. "

Today's alphabet is P and it's UBC DAY 18