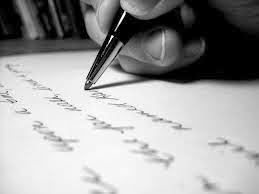 A childless couple in late forties decided to keep a Paying Guest. The location and atmosphere of their house suits the best to an amateur writer Pawan who came to their house. Mr and Mrs. Mehta who were living a lonely life found a good companion in them. He also likes to talk to them and spent a lot of time discussing various things. When Mr. Rahul was off to work he even help Anjali in cooking and other household works. In only few months his rapport with them became as if they knew each other for years.

Anjali was happy after almost twenty years when they lost hope to be parents again due to an accident. This accident was responsible for her miscarriage and to bring impotency in Rahul. Rahul knew how much void Anjali experienced all through these years ,people and relatives blamed her but she never spoke anything. Their adoption application was rejected several times after which they dropped the plan of adoption. But after seeing Anjali happy with Pawan,Rahul was planning something else. He had seen her in pain of being childless without any fault of her. Rahul could be one who can fathered their child. He decided to converse with them one by one to make them ready to have a baby whom he could give his own name.

One night he thought to share that idea with Anjali," Anjali I want to say something about Pawan." " Even I want to say something Rahul. You know what he told me today." " What?" " He said that he lost his parents in infancy, all his life he longed for parents a loving mother and a caring father,he said he finds them in us, he said that he wants to call me 'Ma'(mother) and you Papa" Rahul has tears in his eyes,he was speechless. He was wanting a child from Pawan while Anjali found their child in an amateur writer.

Taking Part in A to Z Challenge and The Ultimate Blog Challenge.

Today's alphabet is A and its UBC Day 1