"I will die soon John", he said in a low voice. "I am alone in this world, what should I do with such a life. He started crying cursing himself to be the most unlucky person of the universe. "That means you don't value me. My love holds no importance to you." No but....", "What but Akshay you are ready to die for one who don't care about you but can't live for one who was standing with you in every good or bad. Your servant told me that you haven't eat anything from last night. "
He fed him with his hands. John agreed to stay with him on his servant's advice. He took him to the doctor next morning who prescribed that he needs love more than any medicine. John met Twinkle for help but she wasn't ready for Akshay. In her life there wasn't any place for a looser, she said bluntly that she wanted to enjoy life to the fullest and not to waste it in loving someone.
Akshay was like a child then which had lost his most loved toy, but John wasn't behind in caring for him like a mother. With John's love and care he started to recover. He started going out meeting people, but he enjoyed only John's company, his absence from his vision made him worry. He avoided girls after getting deceit in love his trust on women was zero. He behaved as if allergic to them.John was his only hope, John became every thing for him. He asked John before taking any decision. John's likeness for him also grew more than just a friend. He loved him and wanted to be with him.
Akshay's hate for girls attracted him more towards John. "John is my life now. " He said to himself , "the time has arrived to declare my love to him. It's time to say I love you John."
If  you demand a different ending you are welcome to share your views in the comment box.
Taking part in A to Z challenge and Ultimate Blog Challenge
Today's alphabet is I and it's UBC DAY 10 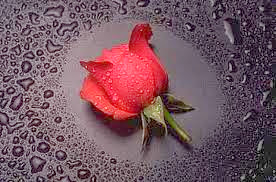