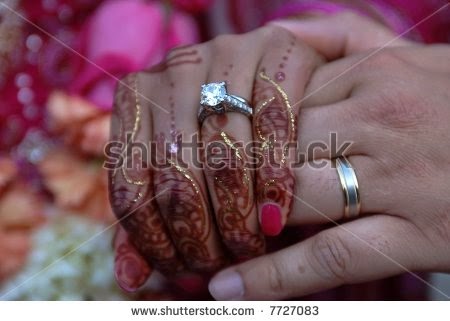 One day changed everything for her. A day before she was free,independent and an earning child who was taking all responsibilities of her mother and in a day's time she was sitting silent in a room surrounded by some girls and women chatting about her marriage and her husband. Whole world has turned 360 degrees for her.New family,new home,new atmosphere,everyone around her was a stranger. After few minutes all left her alone in the room to wait for her husband.

She remembered arguments with her mother when she told her to marry. She was against this marriage because her brother was still studying and she didn't want any extra burden on him and her mother. But her mother denied her opposition as such a good match was rare ." He was educated,well settled,well behaved,what more do you want? Soon you will be overage then who will marry you?" " But what about you and Ashwin who will take care of you both and what about my job? You know that my salary runs this house ?" She was not satisfied with her mother's answer that they would manage themselves but she kneel in front of her mother's emotional blackmail and pressure. She was required to marry an unknown,unseen person which she did.

She was sweating even in air conditioner thinking about her new life this one day has brought for her. She was worried about her partner,his nature,would he allow her to meet his family,would he let her go to work,all such questions were frightening While she was thinking about her past and future,she heard someone opening the door. Her husband entered the room and sat beside her. She was trembling. He raised her head and stretched his arm in a position to offer to shake hand," Hi! My name is Naveen will you be my friend."

His words put smile on her pale sweating face. Her fear and hesitation were gone. He made her so comfortable that she talked her heart out.She explained her concerns about her mother and brother to which he said that she could work if she wanted and could give salary to her mother. As that night was approaching to end she realized that one day has changed her world in a better way.
A to Z Challenge argument good match marriage partner short story Ultimate Blog Challenge