India is full of corruption and its judicial system is also not away from it. Victims are victimized by law keeper who make mockery of the system. Following conversation will shed some light on how law resides in pocket of those who have money. 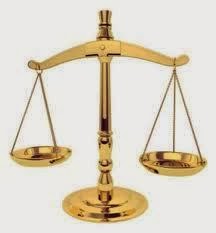 Inside a state high court:

Public Prosecutor: Your owner he was drunk when he was driving his car,he crushed those innocent people sleeping on pavement. They want justice Sir! Hang him.

Defence Lawyer: Sir! He was not driving that car ,he was not in the town that day.

Public Prosecutor : Sir! I have eye-witnesses against him.

Defence Lawyer: Why you are stretching this case,tell me how much money do you want?

Public Prosecutor(Yawning): You are so much intelligent,even though you took so much time in understanding the case.You have wasted so much time of the court. Now give one million each for three witnesses and only ten millions for me in which I will adjust with the judge.

Public Prosecutor: Sir! You very well knew about what had happened in the past few days.(Judge smiles) I am sorry to say but witnesses have turned hostile.

Defence Lawyer : Sir! This is a conspiracy against him.

Judge: The court dismisses all cases against the accused,he is now a free man.