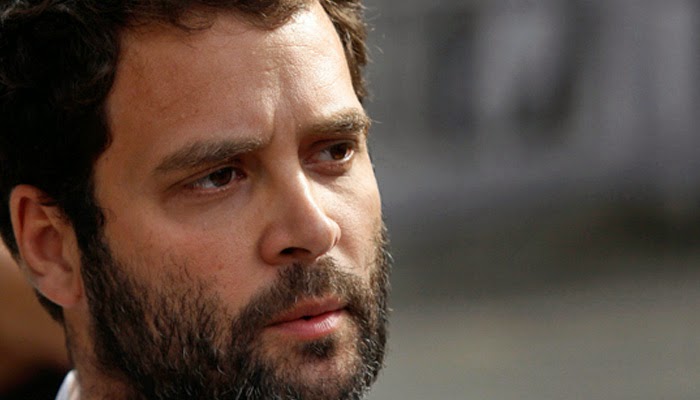 Aggressive, progressive, regressive no one really know who Rahul Gandhi is. He looks like a Messiah for the underprivileged at times and on another occasions he looks as a burden for the party. What he wants to do with party or the politics is still the secret after 11 years of him in active politics. If he is not interested in it then he must leave it and do what he really does well because we don't even know about his qualifications however if he is interested then party must trust him and follow his ideals.

I am not among those Twitter Trenders who makes mockery of people by making fun of them but his return after a long holiday reminded me of a song in Zakhm ( Ajay Devgn, Pooja Bhatt starring movie of the 90's 'Gali Mein Aaj Chand Nikla' sung by Alka Yagnik) seeing Congress's hope in him. And after not so successful year of Modi government India has also some hope in him to be alternative for Modi in future. Here is a video song dedicated to Congress and Rahul Gandhi.