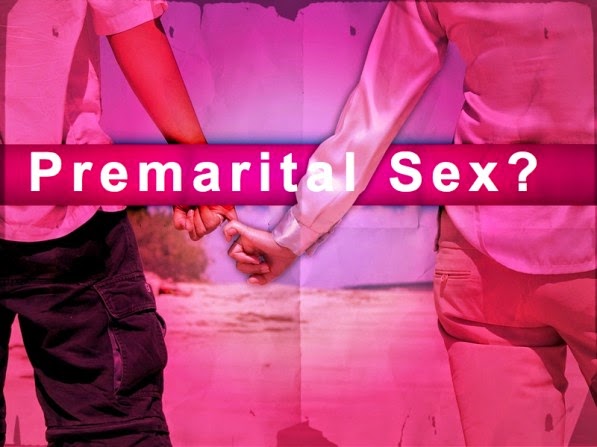 Pre-marital sex is sexual activity practiced by persons who are unmarried. Since world is becoming more liberal in its ways, the thing once considered taboo and sin in numerous cultures and societies have became the part of it. The increase exposure to sex and sexual material on Internet is also a reason for its increase among teenagers.The youth adapting to the changing socio -economic factors considers it as a necessity to uplift their status in their group. Those who abstain from it are labelled as hypocrites who don't belong to this modern world.

I am against pre-medical sex not because I believe it to be against our culture or society or tradition neither because I consider it a western trend ruining our rich heritage but because some of its negative aspects.
I am believer of true love which is beyond any worldly pleasures which teaches you to love others only for love. I say NO to pre-marital sex doesn't mean that I am against those who are comfortable with this. Neither I am judgemental of their character nor I am questioning their purity. Sex is a natural phenomenon and existed long before the concept of marriage was developed by the so called civilized society. Moreover it is not bad or taboo or sinful if you are doing something you are comfortable with and also which is not hurtful to the others. I am in the opinion that you should first examine its repercussions in your life before involving in it and must be aware of it's effect on yourself.

This post is part of Yes or No to Pre-Marital Sex  contest on Indiblogger as Poonam Uppal's Book Promotion. initiative.