PK is an Aamir Khan starrer movie released on 19th December 2014. Apart from Aamir movie stars Anushka Sharma,Boman Irani,Saurabj Shukla,Sanjay Dutt and Sushant Singh Rajput. It is directed by Rajkumar Hirani who have previously worked with Aamir in 3 Idiots and produced by Hirani,UTV and Vidhu Vinod Chopra. 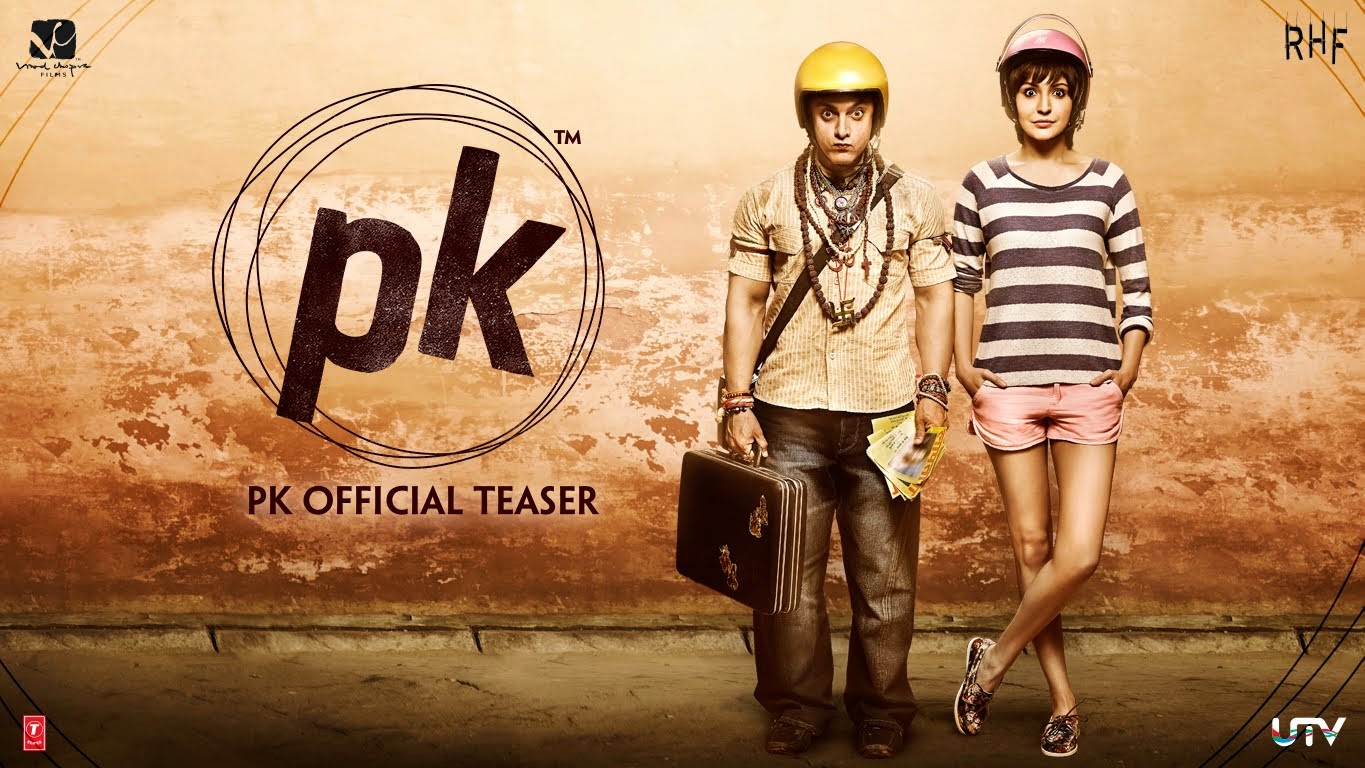 Marketing: The film is marketed not in the way today's films are marketed nowadays. No promotions on prime time TV shows, no News channel interviews, nothing of that sort. The film is marketed by creating hype about the character of PK nothing much was revealed about him. The nude Aamir poster was good publicity generator in social media otherwise no promotions. They visited different cities but not much invested in this field other than this.

Music: The film fails in this department as compared to previous Hirani movies. Accept Char Kadam and Dil Darbadar no other songs is melodious. Tharki Chkro,Nanga Punga Dost and Love is a waste of time are par below their standards. Bhagwan suits the situation but is having a feel of an old song.

Story: The film is about an alien (Aamir) who left behind on this gola ( earth ) because of theft of his remote. He reached Delhi in its search and knock doors of different gods for its return. Here he met Jagat Janani a.k.a Jaggu ( Anushka ) who is a TV journalist. She helps him in search of his remote by using him to expose tapaswi (Saurabh Shukla) who possess his remote. The story revolves around his experience on earth and how he returns back to his planet giving many comical & emotional situations in between.

Hits : Aamir as always has done full justice to the character. One can believe him as the man from some other planet. His expressions,mannerism and behavior are all superb. Scenes where he try to understand earth and its people are conceived nicely with equally good direction and acting. Sanjay Dutt is promising in whatever small role he was given. The film never bores you at any moment and is entertaining.

Miss : Although film is not dull but it reminds you of Akshay , Paresh starrer O My God's theme, PK's innocence search of god is some what similar to Rizwaan's search of the President in My Name Is Khan. People's response to the TV channel's campaign is like Lage Rahe Munna Bhai's radio campaign. Hirani failed in creating some new moments as he has done in his previous movies. ( like Jadu Ki Jhappi,All Is Well, Get Well Soon )

Verdict : A rare thoughtful entertainer you wouldn't like to miss. Don't miss it.