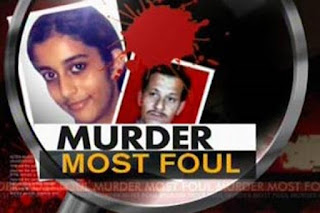 A book Aarushi : Anatomy of a Murder by Avirook Sen and a movie Talvaar directed by Meghna Gulzar made me rethink about Aarushi murder case. I have previously analysed Aarushi-Hemraj double murder case  in my post on the basis of records in the media but the book and the movie have changed my perspective on the case completely. From their point of view the police and the CBI (Central Bureau of Investigation) did a cover up of the situation and concocted a story under media pressure. There were evidences of presence of other people in the house which was neglected by both the investigation agency during investigation. Based on police theory my analysis of the situation was also one-sided, I have also blamed Talwar couple for honor killing of their daughter although I doubted Aarushi-Hemraj illicit relationship angle but according to police theory no other angle was possible in the case.

I am not changing my position and opinion on the case for book and movie but they do highlight the factual inaccuracy in the case. I am not questioning intelligence of honorable court but the court is bound to witnesses and evidences. The negligent approach of the Uttar Pradesh police in the initial investigation lead to destruction of important evidence which they covered by making a story and then did their best to prove it right. Later Talwar couple was convicted by court on the basis of circumstantial evidence. If police would be more careful, if CBI have taken different approach in the investigation the case would not become a Sherlock Holmes mystery.

This case tells us importance of investigation agencies in solving a case. Their approach towards a case decides the fate of the accused and the justice for the victim. 14-year old Aarushi have suffered a lot in her death. Her character was maligned and everybody believed without any protests. The case must be reopened for a fresh investigation owing to the highlighting of some new aspect of the case. But here we must not forget that since the day of the judgement there were efforts to label all investigation wrong to get acquittal for Talwar couple and this book and movie perhaps is part of these efforts to initiate a revisit on the case.

Whatever be the reason of this new angle and whatever be the fate of this case one point is certain that process. our system is incompetent enough to let us believe about the discrepancies in the investigation.