To Be Hanged Till Death!

To Be Hanged Till Death! 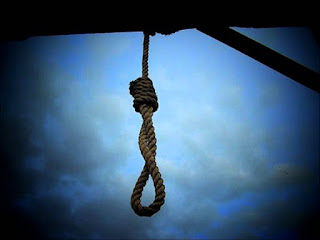 Today (30th July 2015), 1993 Bombay bombings accused Yakub Memon hanged at Nagpur Central Jail after all legal remedies for his release or mercy failed in the court and with the president. The demand for extension of the date to examine the newly found facts from ex RAW secretary of Pakistan wing B. Raman's article was also rejected by Chief Justice in late night hearing. B. Raman in his 2007 article that published few days back in rediff.com claimed that he brought back Yakub after a deal with him and his hanging would tarnish India's credibility in handling such situations in future. The facts are yet to examine which encouraged Asaduddin Owaisi and others to raise doubts in his execution.

The situation worsened when Twitter trolls labeling all those supporting his mercy plea as traitor and anti-national using abusive and derogatory words for all Muslims. We live in a democratic country where we all have right to question the establishment and judicial system. I am not a legal expert but still I can point out few loopholes in the investigation and prosecution process. 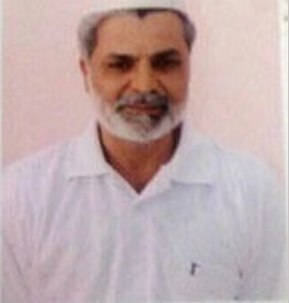 He was hanged after 22 years in imprisonment while others involved in similar charges in this case were either released or granted life imprisonment . On research you will notice that rioters who killed hundreds and thousands of innocent people just on the basis of one's religion which also spread disharmony among the people of the country never got capital punishment. Why Tamil Nadu assembly in Rajiv Gandhi's assassinates case and Punjab assembly in Beant Singh's (Former Chief Minister of Punjab) killer's case passed the resolution to revoke their death penalty.

The bias in police procedure and judicial hearings can be judged by the number of inmates in Indian jails. More than 65% people in Indian Jails are Muslim some of whom without any proven guilt. Those arrested in Malegaon blast case, Hyderabad Medina Masjid Blast case, Ajmer blast case on the basis of suspicion were all Muslims while later investigations revealed the hand of Hindu fanatic groups. Mere raising the questions on some one's death penalty makes you a traitor only because the accused is a Muslim. Why his hanging has made into a national issue if government was not looking at politics behind his hanging? An atmosphere of unnecessary tension was spread around the nation, Modi government should handle his execution like UPA did with Kasab and Afzal Guru. The doubts in judgement are raised because of the policies and behavior of the ruling party against the minorities. What they want to signify by hanging him on his birthday?

A judge breaks the nib of pen he used to sign the death warrant as a mark of disgust from this inhumanly decision. 140 countries in the world are against capital punishment and India whose judicial system is based on repentance and realization of crime than the penalty is rejoicing a death. If it is for justice to the victims of 1993 blasts then make this procedure faster as victims of Uphar Cinema Tragedy, Hashimpura massacre, 1984 Sikh riot, 2002 Gujrat riot, 2013 Muzaffarnagar riot, Malegaon blasts, Ajmer blasts, Samjhauta Express blast, Nirbhaya Gang Rape Case Delhi,  etc are also waiting for the justice.
1993 Bombay bombings Afzal Guru Ajmal Kasab Asaduddin Owaisi B. Raman Dawood Ibrahim Fresh Views mercy petition Nagpur Central Jail News Rajiv Gandhi TADA court Tiger Memon Twitter trolls Yakub Memon