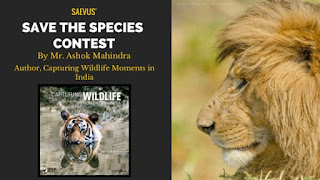 Nature has created life on earth in such a way that everyone here has a role to play whether they are humans, trees, insects, birds or animals. There role are distributed in such a way to maintain a balance in the ecosystem. Humans being the most intelligent of all species in their quest to know to discover and to have more unintentionally or intentionally disturbed this natural balance which is resulting in extinction of some species. While we can't do anything to bring back the extinct species we can do many things to preserve and save the endangered species not for their sake but also for our own sake.

Ashok Mahindra in his book Capturing Wildlife Moments of India have photographed some endangered species of India to highlight the need of conserving them. 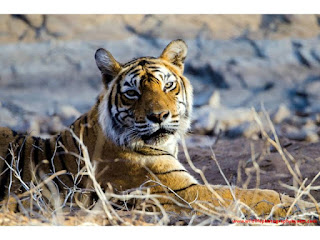 1. Bengal Tiger : What a PM is to India the Tiger is to the Jungle. He is the ultimate king. We have few tigers left in the country thanks to shrinking forests and increase illegal hunting. Although there are efforts to conserve them but still the threat of there extinction is not over. We all knew the famous story of formation of Sahara desert the mass hunting of carnivores increased number of herbivores resulting in eating up of all greenery of that area which later became reason for their own deaths when a green forest turned into a desert. Conservation of tiger is necessary to maintain the balance of nature and to restrict the extinction of other species of flora and fauna. 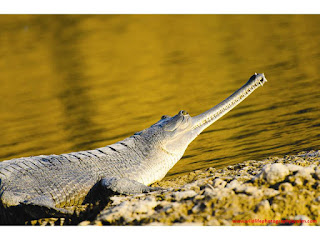 2. Gharial : Indian crocodile species is known as Gharial. They mainly eat small fish,insects and frogs. They are among the critically endangered species. Their conservation is must to save them from extinction. This species is beautiful example of nature's way of maintaining the balance. They are found in the regions favorable for fish growth, since their main diet is fish they keep check on the numbers of fish thus maintaining balance of that particular water body. 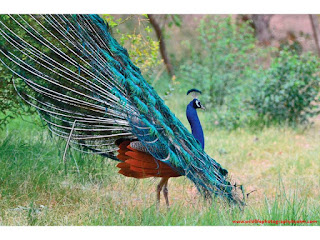 3. Indian Peacock : Only those who have seen a dancing peacock knew what others are missing. The joy felt by peacock in rain transfers to the onlookers with much high magnitude feeling their hearts with joy and positive energy. Their extinction would mean the end of that pleasure bestowed by nature on us. The peacock regarded as national bird of India need to be conserved for its beauty and purity. Its numbers are degrading in spite it being auspicious for many traditions which is alarming and needs our urgent attention.

Moreover these species are unique to India. There identities are associated with our country, when one see them one remembers India. It is for this reason that their conservation required collective efforts of the nation. Each one of us must understand their value and further instill love for them in our generations to come.