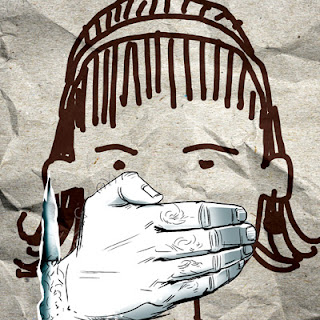 Search for a missing girl in South Delhi on July 14, 2015 revealed a much sinister story of sexual assault and killings of minors aged between 2 to 10 at the hands of 24-year old laborer Ravinder Kumar. After discovering the dead body of missing girl in an empty house police arrested him through a driving licence of a person whom vehicle was stolen by him before abducting the girl.

Later in police interrogation he confessed to other such crimes not only in Delhi but also in Noida, Badaun, Hathras and Aligarh district of Uttar Pradesh. Everyday tolls of his victims are increasing and till now he has confessed the sexual assault and killing of 30 children. What is more strange is the fact that he remained out of police's reach in all these incidents and when arrested by police in 2014 for assaulting and dumping a boy in water tank (who didn't die), he was released by police for lack of evidence.

All thirty children sexually assaulted and killed by him belonged to the poor labor class which remained the reason for less media coverage and police inaction in all these incidents. The poor parents couldn't pressurize the police and the society in a way middle and higher class did even in the petty cases of misbehaving with them. This case has exposed the inequality in our police system. The height of the inefficiency of police could also be judged from a case of assaulting and killing of a girl child in Hathras, U.P confessed by Ravinder Kumar in which U.P police had closed the case with the arrest of that girl's father and filing the charge-sheet against him in the court.

It is also hard to digest that police investigations in all these thirty cases brought out nothing concrete regarding these cases. Why Ravinder did these crimes is a matter of another debate but how he escaped them all so easily is a matter of concern. The Delhi police who ranked itself among the best police force in the world and who is now patting its back for arresting Ravinder Kumar is unable to explain his freedom even after thirty killings which he has admitted so far. The toll may increase further as he speak more about his life and crime until then thank god for this precious life and pray for safety of children from such psycho killers.
chargesheet crime criminal Delhi Police Delhi Serial Killer minors murder News psycho killer Ravinder Kumar sexual assault