Project S.A.I is written by Srinivas Gopal is a small book of 86 pages which is published by Frog Books of Leadstart Publishing Pvt.Ltd. Srinivasa Gopal completed his B.Tech from IIT-Madras & then went on to do his M.S. in Industrial Engineering from the University of Regina, Canada, for which he even received the prestigious Governor General of Canada’s academic medal in 1992. Since then, he has worked for several leading multinational firms in India and in the U.A.E. I have received this book as part of Readers Cosmos Book Review program. 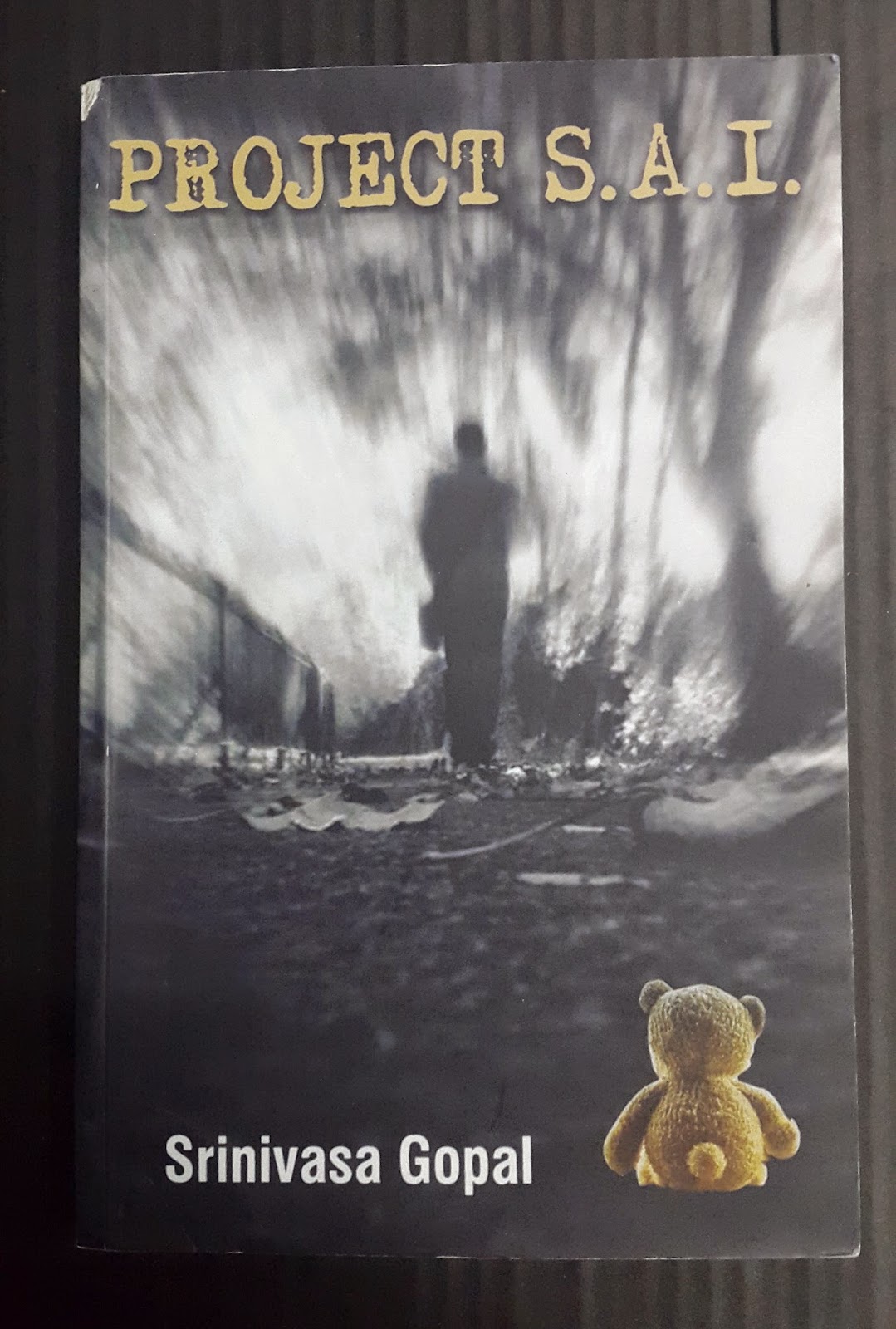 Cover : The faded image gives an impression of spirit or something supernatural which looks good. The small teddy bear at right hand corner somehow implies that this supernatural experience is related to this toy which seems different when we explore the book.

Plot : Sarangan and Lakshman lived with their wives in Namakkal. Lakshman left their village to study and work in the city leaving the family tradition behind. After years when his children grew up he realized that how he forget his rituals and traditions in the city life and even after successful life he couldn't rest as his duties for his children were not fulfilled. When he met his brother again after years they decided to repeat their family's Dipawali pilgrimage tradition which they haven't performed in years, Lakshman and his wife were unable to visit so they send their sons instead. Something happens on this journey which made Ananth the elder son of Lakshman to suggest Inspector Muthu to use the Ghost Machine he had developed with Raghav , this leads to Project S.A.I.

Thriller : The book is not lengthy and uses easy language which make it a quick read. Comparison between Sarangan and his family's village life to Lakshman and his family's city life is nicely gives the contrast between both the places and people.

Spoiler : Their are more bad things about this book than the good ones. The story lacks any motive except to fit his fantasy of Ghost Machine in the narrative without any solid purpose for it. The beginning of the story gives a different conception about the story than what it would end. The Project S.A.I which is the title of the story is not thoroughly explored. The story would be interesting and appealing if it would have started with discussions of Project S.A.I in the beginning and then revealing why it was discussed. I have also found many grammatical errors in the book.

Verdict : If you don't have something interesting to read or wants to finish a book in a day it is a good book. Otherwise it lacks directions and a proper story.