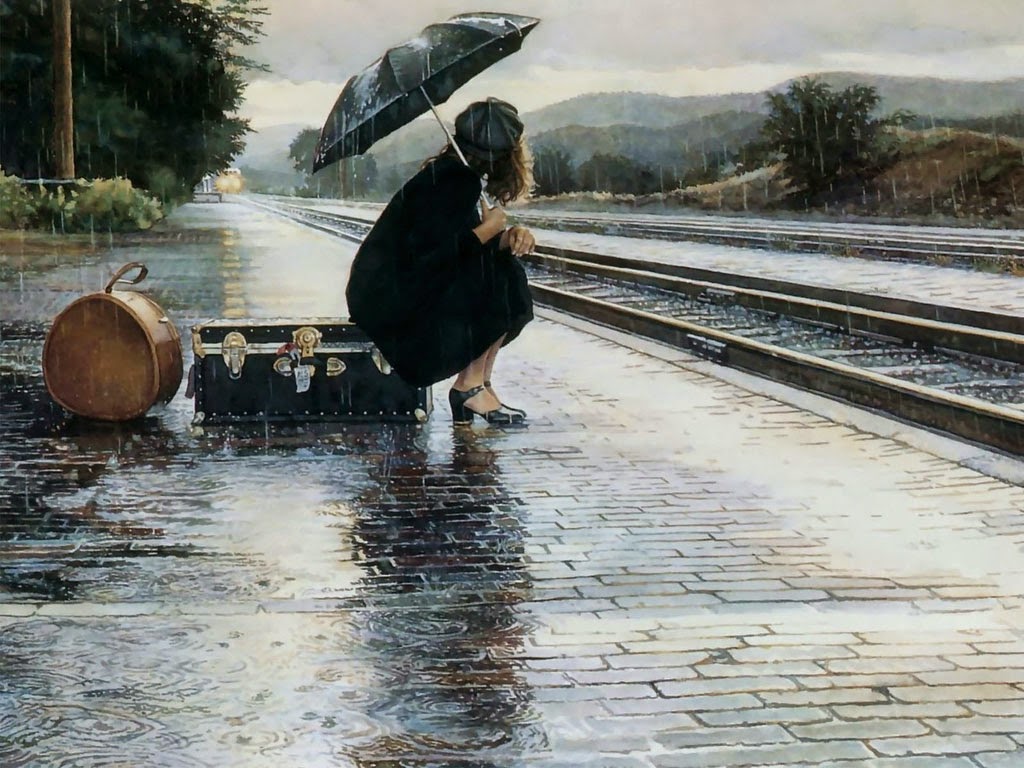 The train was approaching towards the station and John was still missing from her sight,"will he come" , Martha's sparse mind questioned impulsively.

They met last month near downtown church and became the ointment of each other's morose hearts as they
were entangled in estranged marriages.

They decided to divorce their spouses to be with each other but John was hesitant about this decision because he felt that her wife still loved him.

Martha assured him to talk to his wife and made her understand about their relationship after which they would leave this town.

As she was waiting for him at the railway station sorting out things with his wife, he came accompanied by police force to arrest her for killing his wife and storing her body pieces in the wooden box she was carrying.