'Hate the Hate or It Will Destroy the Entire Race'

The business of hate is prevailing around the world and we may understand it in few years time but until then it will be too late for some to come back to love. I am not saying it because three Indians killed recently in USA due to hate crimes where killers said them to ‘Go Back To Your Countries’ after ban on immigrants of certain nation is imposed by President Donald Trump but because such crimes are rampant in all parts of the world. 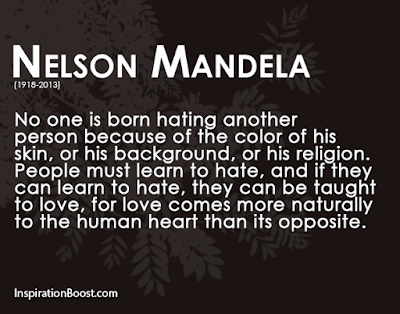 Be it atrocities on Rohingya Muslims in Burma, common Syrians in Syria, Immigrants and Black killings in USA and Europe, Hindu killings in Bangladesh, Americans killing in many Middle eastern countries, attacks and killings on North-East Indian, minorities, Dalits and Muslims in India. These all are due to hate. These crimes has arose from teaching people that one is better than the other and that other don’t belong to us who are better. Weather it is for people of some color, religion, region or for people who eat differently, who behave differently, who look different from us and who are not the same like majority. These people or organizations play victim card that their existence is threatened by some people and if those people/religion must not be stopped than it perish them. If such things happening they highlight it many folds and if nothing of that sort is available they will create situation for their benefits.

The danger of this situation is a divided world and divided humanity. We see the pains of few and neglect the sufferings of others. We inculcate in this way a habit of hatred and hatred will never give rise to love it will only open gates for more hatred which then will not see the color/religion/region of the victim at the time of attack. The people who can hate easily can hate anybody and not the others created by them. What Donald Trump has started is ongoing in India and many parts of the world for years and since there were not many strong voices against them it has increased to such an extent. With President of one of the biggest country in the world is endorsing it this is spreading like an epidemic now.

The people of America has condemned such hatred since the time Donald Trump used it in his presidential campaign but his win suggests that majority supports this idea. Similar victories are happening and have happened in last few years in many parts of the world. The growing unemployment has given a proper breeding ground for spread of this decease. The growth models are not people centric which are worsening the situation further. The only solution is Love and compassion for each other. It’s time we promote Universal Brotherhood and Humanity to save the world from this disease. God Bless the World.
Fresh Views growth model Hate Crimes immigrant crises majority minority President Donald Trump USA