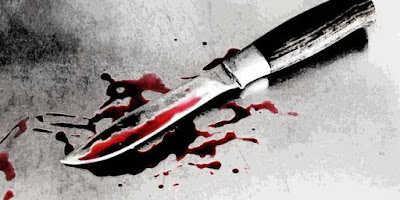 Kerala has become the battleground for Left and Right ideology. While the people there believe in left and also has voted it to power several times the right wing party BJP is also trying to stretch its feet to that part of the country as well. RSS the parent body of BJP is working in that direction for so many years and Prime Minister Narender Modi also trying hard to make his party’s presence felt in this area as he was doing in the North-East region of the country.

I don’t have the problems with anybody trying to influence the people there for their political gains but I have problems with the ongoing killings of people attached to or working for these ideologies. I don’t know the ground realities of Kerala but what I have understood from newspaper reports and TV coverage of that area I can say that Kerala government for over the years has failed in maintaining law and order in many parts of the state. Either a BJP/RSS man killed by Left thinkers or the CPI/CPM member killed by Right thinkers and in both the scenarios local people were forced to live in the atmosphere of fear.  Those involved in this crimes are either escaped or if arrested didn’t receive serious punishments on time.

It is the duty of government to ensure law and order in the state. Not a single political death should occur in the state. Both the parties should resolve their differences peacefully in a democratic manner. These killings used by these parties (mostly by BJP) to spread hatred in other parts of the country should also be stopped and for that police must act swiftly. The correct facts should also be made public by the police because many killings which are for personal enmity also used to spread propaganda against each other nationwide. We are a democratic country where every ideology should be respected unless it don’t create rift in the society. The workers and the followers take care that they don’t become the pawn in the hands of their leaders for their political motives.

I hope Kerala government impartially investigate all killings to give justice to the victims as quickly as possible and preventive measures should be taken for stop such crimes in the future. Let god’s own country a peaceful place. God Bless Kerala. God Bless India.
CPI/CPM crime current affairs Kerala Left vs Right News political murders RSS