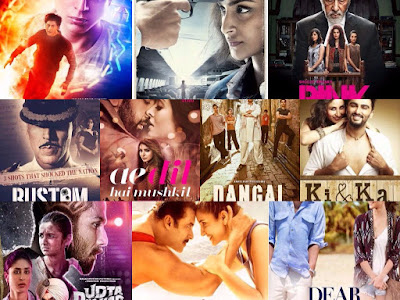 This year saw many big releases, highly anticipated movies, controversial movies and many impact-full small budget movies but their are few which worked at the box office or really clicked with the audience. This year also saw many sequels like Rock On 2, Tum Bin 2, Force 2, etc but all of them falls below the expectations. Even some films in this list wouldn't be there if there are some better movies this year. Since I watched movies all round the year I considered it my duty to rate them according to my liking so I have prepared a list of top 10 movies of the year 2016. Feel free to mentions your favorites in the comment box. 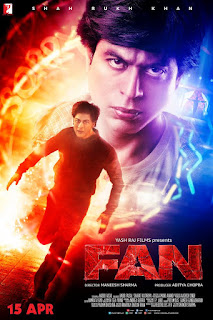 1. Fan: Shah Rukh Khan in an as Fan was commendable. The work on his look and the character is possible with the actor of his caliber only and under a big Yash Raj like banner. Maneesh Sharma who is the director of this film showcased his range with it after directing the films like Band Baaja Baraat, Ladies vs Ricky Bahl and Shudh Desi Romance. I am anticipating bigger and better pictures from him after this movie. This is definitely the top movie of the year. 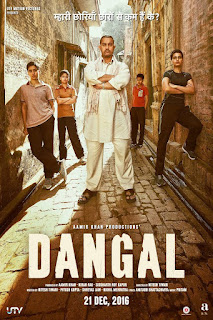 2. Dangal: As Fan belongs to Shah Rukh this one belongs to Aamir Khan only. No doubt this film is going to become the highest grosser of the year looking at the efforts of not only Aamir Khan but also the girls (Fatima Sana Sheikh, Sanya Malhotra, Zaira Wasim, Suhani Bhatnagar). It was believed after release of Sultan which is also based on wrestling that business of this film will be effected. Director of the film Nitesh Tiwari who is also writer of the film has portrayed the life of wrestler Mahavir Singh Phogat and her daughters beautifully. Songs are different which worked well with the screenplay. 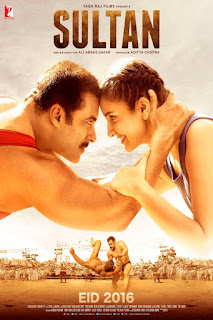 3. Sultan: Salman Khan film that too an Eid release is a sure shot formula for hit but this one was not cashing on only the stardom of Salman Khan. The film has a nice story, famous songs and shirtless-pants-less Salman Khan. Directer Ali Abbas Zafar found a new reputation in the industry after this film as his earlier two films Mere Brother Ki Dulhan and Gunday was not much appreciated. 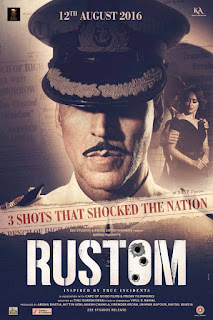 4. Rustom: I have chosen this Akshay Kumar staring film because it gave an interesting turn of events to a historical court case which paved the way for the removal of jury in India. Melodious music and promotions by the most fit star of the industry open gates of success for the movie. Tinu Suresh Desai is the director of this movie. 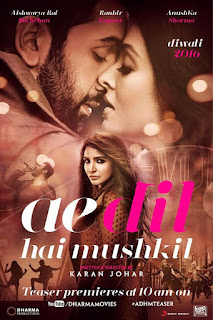 5. Ae Dil Hai Mushkil: Karan Johar directed film remain in the news for casting a Pakistani actor in the film. The actor who has only about ten minutes of role in this film gave it enough publicity to earn big at the box office otherwise film wasn't as good a love story as previous Karan Johar movies. The star-cast of Ranbir Kapoor,Anushka Sharma and Aishwarya Rai Bachchan along with the great music become one of the highest earner film of the year. 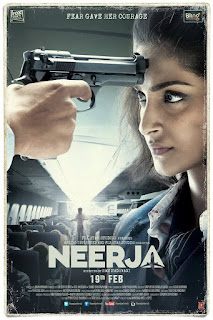 6. Neerja: This year also remained the year of biopics. This one staring Sonam Kapoor as Neerja Bhanot who saved the life of American passengers without caring for her life brought out this story of courage to us. Sonam Kapoor was fantastic in her role of Neerja. Ram Madhvani directed this film which receives both commercial and critical appreciation. 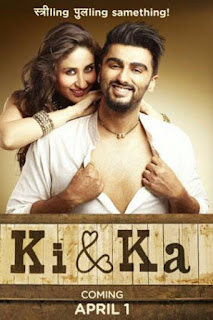 7. Ki & Ka: This film talks about the age old system of society where men are meant to earn money and women to run the house. This film staring Kareena Kapoor Khan and Arjun Kapoor challenge this norm of society and show the complications emerged from it. R. Balki directed film earn full marks for concept and performances. 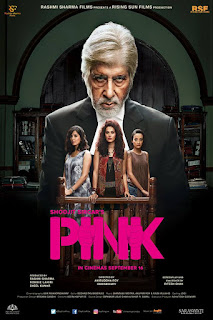 8. Pink: This film also challenges the system of society meant for women/girls in judging their characters. Amitabh Bachchan as a lawyer remarkably points out biased behavior of society while defending the girls who were molested by a boy but become criminals themselves. Director Aniruddha Roy Chowdhury displayed proceedings strongly in this content based script. 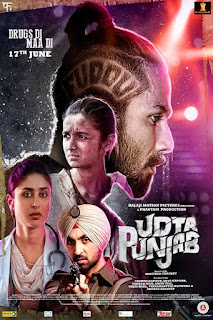 9. Udta Punjab: Udta Punjab with characters portrayed by Shahid Kapoor, Alia Bhat, Diljit Dosanjh and Kareena Kapoor Khan depicts the turmoil of drug affected youth of Punjab. Controversies helped it to get publicity but this film was a truthful depiction of events without blaming anyone for the drug menace in the state. Applause for Shahid Kapoor and Alia Bhatt for their performances. 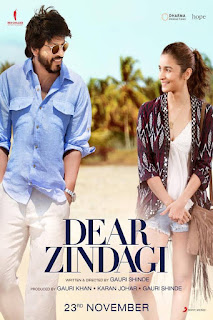 10. Dear Zindagi: It was a simple story of a complicated life of a character played by Alia Bhatt. Her life's complications solved by a psychiatrist played by Shah Rukh Khan. This movie directed by English Vinglish fame director Gauri Shinde gives you life lessons to remember for rest of your life.

Apart from these movies I would like to name some good films of the year which missed this list from slight margins like Airlift, Sarbjit, Madaari, M.S.Dhoni: The Untold Story and Rock On 2. There are few movies which deserves mention for their subjects in spite of their low budgets like Chalk & Duster, Saala Khadoos, Nil Battey Sannata, Traffic, 31st October, Dhanak and Parched. I am disappointed by some 'Naam Bade Aur Darshan Chote' kind of film i.e Befikre, Kahani 2, Mirzya, Raaz Reboot, Mohenjo Daro and Fitoor.