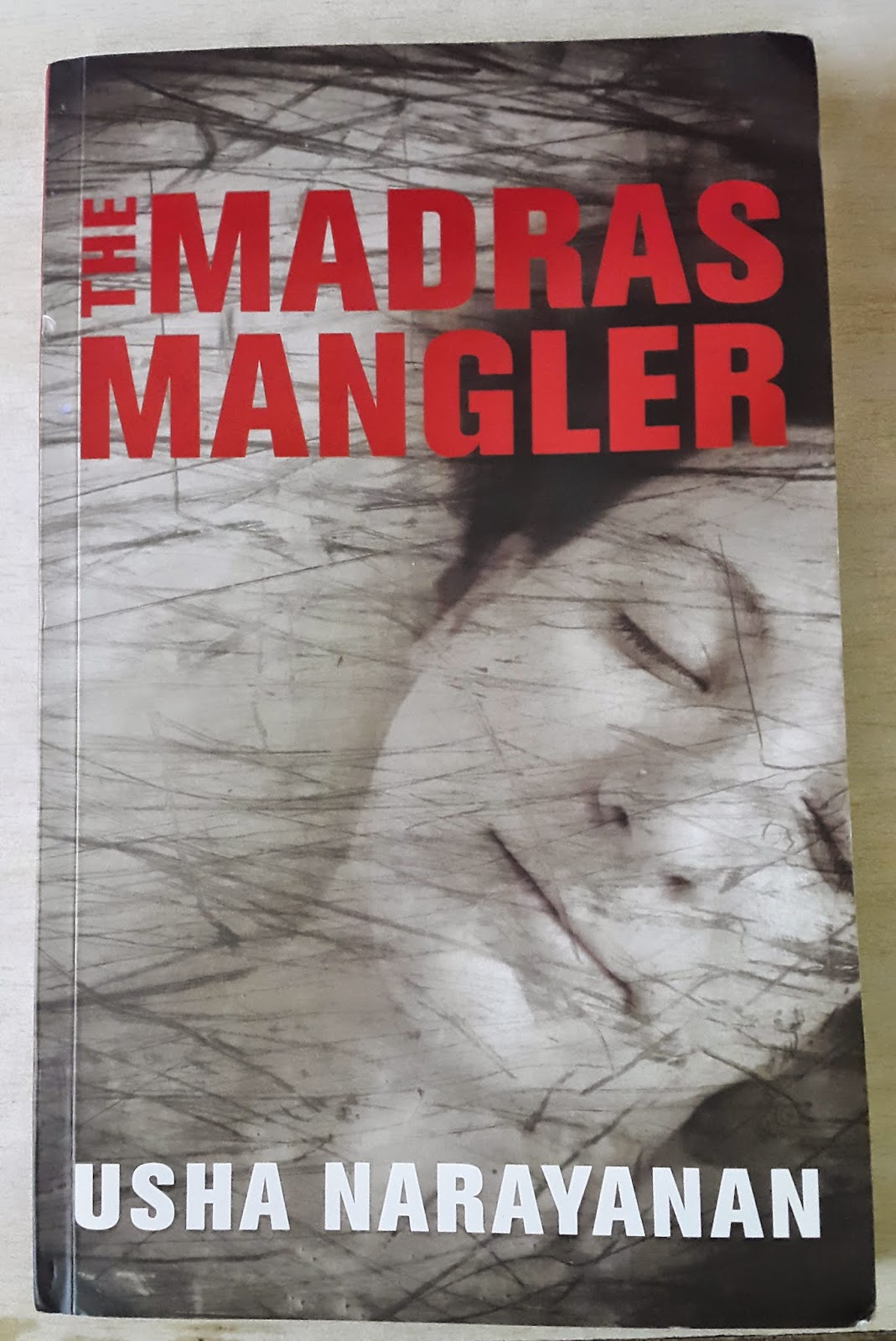 The Madras Mangler is the debut novel of Usha Narayan who is a gold medalist with a Master's degree in English Literature. It was published by Jufic Books an imprint of Leadstart Publishing Pvt. Ltd. I have received this book as a gift from BlogAdda for participating in Game of Blogs a unique initiative where different blogger connected in penning a story. There were thirty teams of ten members each. One winning team has a chance to publish their story. Although our team Inspirati's story wasn't selected for final round we all enjoyed connecting,arguing,discussing and writing for this initiative.

Cover : Cover to me is unimpressive and not eye catching. The face of a dead girl with hair strands all over it looks as if someone is seeking peace in the mess which means a more philosophical type of novel and not a thriller suspense which it is.

Plot : The story revolves around five college girls from different parts of the country studying in Chennai. All with their own stories ,own heroes and own villains were enjoying their college life until the city came in grip of a psychopath killer who was killing girls and dumping their bodies in the rivers. Bishnu who leads the special investigation team to solve difficult case called Vir Pradhyuman a criminologist from New York to help him in this case. Vir having his own past related to such incident took personal interest in solving the mystery which ends in a nail biting climax where Vir put his life in danger to save the girls in clutches of the criminal. Who was killing the girls? Why was the killer doing these killings ? Answer to such questions made this thriller unputdownable .

Thriller : The suspense keep you hooked as the needle of suspicion moves from one suspect to another without revealing the real culprit. Nice detailing of various places and incidents making reader indulge in the narrative more as it felt you have seen them or experiencing them in reality. Story of each girl is different yet similar in the sense they all points at the common problem of demeaning status of women in Indian society.

Spoiler : I guessed the killer even before it was revealed due to the predictability of events as they unfolded. Some details are unnecessary and slowing the pace of the narrative.