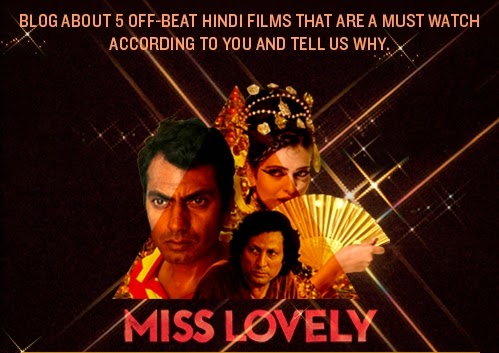 We are a nation of movie lovers, we have an audience for every kind of movies whether they are big budget multi-starrer films or small budget movies with fresh faces and new directors and even 'C' grade movies enjoys an audience of their own. That is the reason we produce most number of films in the world and some Hollywood films also release first in India than in USA. Films since the beginning helps in making public opinion,they raise questions,depicts reality and make the masses aware of situations prevailing in the country.

There are so many films marked in my memory which have shook me in one or the other way but I will limit my self to those movies which released last year i.e year 2013 for this blogadda activity. 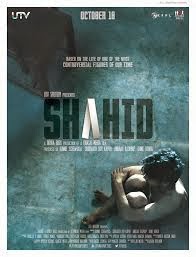 1.Shahid :(release date 18th Oct.2013): This film is based on life of  Shahid Azmi a lawyer and human right activist who was assassinated in the year 2010 in his office. This film through his story throws light on the condition of those who were framed by police in false cases owing to their religious background. Rajkumar Rao's performance as Shahid Azmi was superb in this film. I liked this film because this issue finds no place in the mainstream cinema,simplicity of characters and powerful performances.  This film is a rightful approach to the topic.

2.Ankur Arora Murder Case:(14th June 2013): This film based on a real life incident talks about issue of medical negligence. How a hospital manipulates evidence to save it's reputation after a death of a child due to mistake of one of it's senior doctor. The film scores point with it's ability to do justice to the subject. Tisca Chopra and K.K Menon's performances were worth appreciating and this was also an untouched issue. It's a reality in today's world where profession of doctor has associated itself to money rather than to patients.

3.BA Pass :(2nd Aug.2013): This film deals with a bold subject of male escorts which is not discussed often. Shilpa Shukla of Chak de India fame gave a brilliant performance in it. I liked it for the fact that it shows how futile is the life of high society,they need to hide themselves with different faces at different times. Although it's an 'A' certificate film but it's really promising for the way it handles such a bold subject,it didn't turn vulgar anywhere,mindset of an astray youth is exquisitely depicted. 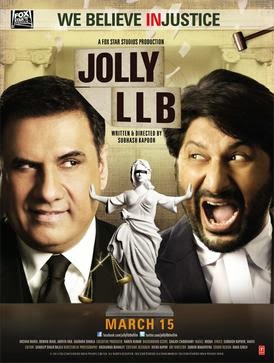 4. Jolly LLB:(15 March 2013) : An off-beat subject of injustice to poor treated in a commercial way so as to reach more people. We read and heard how people with money change the course of justice in their favor but we never reacted to it because it's none of our business.This film make you realise that being an Indian citizen it's our duty to provide equality in justice by coming forward for the injustice without being preachy and boring. Highlighting helplessness of our judicial system. Best performance of Arshad Warsi till now,nice scenes,gripping screenplay and good direction make this film likable.

5.Club - 60:(6th Dec.2013) : It has now became the last film of Farooq Sheikh. This film encourages you to live your life to the fullest in spite of problems in your life. The message given by the movie is not for 60+ only but for all those who curse their life for their losses in personal or professional life. It makes you alive again. Fantastic performances by all actors specially Raghuvir Yadav. Strong story,connectible characters make me like this film.

I think the reason for less viewership of these films is that they went unnoticed and many movie goers don't know when they were released. Above mentioned films are all  falls in HIT category as producers promoted them in a way that viewers were aware of their release. I like them because they all handled issues which are taboo for mainstream filmmakers or if handled they don't get justice due to big names associated with them which took away the credits of good story,performances and direction. Characters in them are real and one can associate with them. I also liked them as they are not lengthy and stick to the plot throughout. These films are required for us to grow as a responsible society.