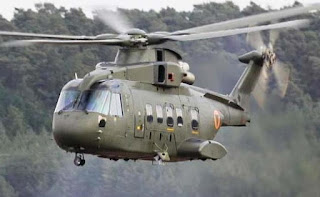 I am confused with the way current government is behaving in most of the cases the recent being the Augusta Westland Scam related to some army chopper deal with Italy in UPA regime. The government seems keen to target Gandhi Family i.e Sonia Gandhi and Rahul Gandhi for their involvement in accepting bribe in this deal from the company. In no way I am giving clean chit to them or defending them in this case but the power of investigation, inquiry, arrest and punish rests with the government in power and the courts and not with the Congress party. Why government is behaving like opposition and targeting Congress and its two main leaders instead of investigating their roles and arrests them if they are guilty?

It is also interesting to note that Defense Minister Manohar Parrikar in his address to the parliament on this issue didn't mention Gandhi family name neither indicated their roles. He talked about some invisible hands which he was and CBI unable to investigate in 4 years , 2 years of which were under Narender Modi. Government even denied time bound Supreme Court monitored investigation on this issue which clearly indicates that government is just using the issue to malign Congress Party's image for future electoral gains. Please note that the company was blacklisted and the deal was cancelled in the UPA period itself while Modi government revoked that company's name and allowed it to work in India.

In 2013-14 during election campaign period and also during Anna Movement we heard both Arvind Kejriwal and Narender Modi accusing Congress of corruption,corruption and corruption. They showed evidences against them, promised that they would bring down 'The Tower of Corruption' called Congress as soon as they came in power. I thought then that soon the Indian myth of Gandhi family is our only savior and only Congress can rule the country will soon burst and a corruption free India would emerge when these stalwarts would serve the jail term but nothing of that sort happen. On the contrary these two parties when allegation fell on them defended themselves in similar way as Congress used to do when accused by the opposition.

Corruption is the main cause of poverty and slow growth. These parties and the two leaders Arvind Kejriwal and Narender Modi should act on their promises. People behind bars on charges of corruption were more in Congress rule then now, they even arrested their party-men and allies on corruption charges while current government is unable to arrest even people of opposition. Either they don't have any evidences against them and those pre-election talks were just to grab votes or they are incompetent enough to punish corrupt people. It is very necessary in current scenario that God Bless India.
2014 elections Augusta Westland Chopper Scam corruption Manohar Parrikar Narender Modi Rahul Gandhi Sonia Gandhi Tower of Corruption UPA