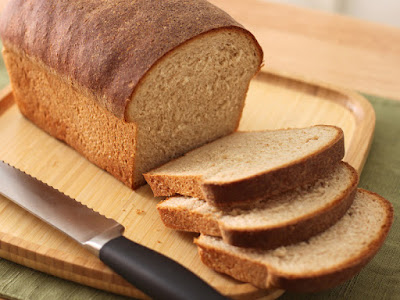 Bread,doubleroti,pao,bun or we call it with any other name; it is the part of our breakfast which completes our daily routine. This ready to eat item is popular with egg and butter but the recent study by Centre For Science and Environment (CSE) have turned this must breakfast eatable bitter.

CSE conducted test on various samples collected from different part of the capital belonging to different brands. They found 84% samples test positive for potassium bromate and potassium iodate after tests on 38 varieties which include Britannia,Harvest Gold,KFC, McDonalds, Domino's Pizza and Subway. These revelations are shocking and disturbing as all of us have eaten from one of these brands. It should also be noted that these two substances which are used to soften breads and enhance their color and texture namely potassium bromate and potassium iodate are banned in many countries of the world after a study conducted in the 90's. These substances however are not harmful according to Indian standards and allowed to use for eatables. Now the question arises why such carcinogenic substances are allowed in such popular eating item?

On second thoughts when I remember the sudden panic created by declaring Maggie noodles as health hazard to set the stage for the launch of Baba Ramdev's Patanjali noodles I forced to think differently with a political angle to all this controversy. The breads we eat are licensed and tested by Food Safety and Standards Authority of India (FSSAI) then how is it possible that they permitted carcinogenic substances to compromise with our health. CSE also said that they couldn't confirm in a cancer patient that the disease was caused by eating breads.

If this all a stunt to promote some other brand's launch and everything become clear after sometimes as in the case of Maggie noodles then those responsible for creating panic must be punished and if these tests are really true then FSSAI role is regulating health standards must be questioned. Don't remove bread from your diet before the final reports come from health ministry but be little cautious for excess consumption or unregulated eating. Till next post God Bless India.
Analysis Baba Ramdev bakery industry Bread carcinogenic CSE FSSAI News Patanjali potassium bromate potassium iodate