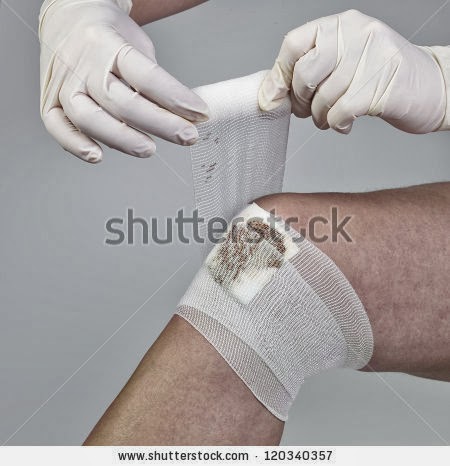 She came home and rummaged in the drawer." I think it is there!" Akansha was a nurse in a private nursing home. Before the end of her shift a patient came with a wounded knee, after dressing his wounds she gave him a tetanus vaccine. It was then she saw that tattoo in his biceps.She knew that she had seen that tattoo before! If only she could remember where, she would be able to clear her doubts.That was a peculiar symbol which might donate an organisation or something. She was searching for a magazine where she thought she had seen that symbol.

She was living alone in this rented house for about three years. Her parents died when she was a child, someone send her to an orphanage where she got education. After getting the job in the nursing home she left the orphanage and rented that house. " Yes there it is?" She quickly turned pages to see that symbol. It was a symbol of a secret society which was believed to be worshiper of Satan. There was not much information about them but it was rumored that followers of this group could bring the dead people back.

She always longed for a family ,a caring mother, a loving father." What has god given me? He always took things from me. Today I am alone only because of Him. I am ready to worship Satan. I want my parents back." All years of loneliness passed through her eyes,how she remained devoid of love which was her right. She had no friends ,no relatives not anyone to whom she could say her own. A boy who loved her also went away few years back leaving her alone again.

She decided to talk to that man when he would come again to change his bandages. He came in the evening, when doctor went away after seeing his wound she spoke to him in a low voice," I know you are member of a secret organisation." The patient looked at her suspiciously . She pointed towards her tattoo and said that she knew about it." This tattoo!" He laughed," I don't know to which secret organisation or society it belongs, I have selected this design from so many design shown to me." She became upset and quietly leaved the room.

The wounded man felt very bad and went to her. She told her about that tattoo," I wants to join those people, I want my parents back." " That's impossible but I can give you parents." Glow again came in her eyes. He told her to come with him.He looked a good man,she had seen him many times with doctor before this incident so she became ready to go with him. She thought that to maintain the secrecy of that society he didn't want to talk about that tattoo and society in nursing home. He would show his magic at his place.But he took her to an old age home.

" I am also an orphan,lost every single relation in course of life,but one day I visit here when I was feeling depressed and you won't believe how lonely they are,they were left by those for whom they have spent their whole life when they need them most.I have found my parents in them and I am sure you will also find them." She became a regular visitor there after that day,she found solace in their company. That wounded man was Akash soon they started meeting each other regularly ,their parents of old age home arranged their love marriage. They lived happily now with their adopted parents, that tattoo really gave him parents.

Note: The story of that secret society will be here soon.