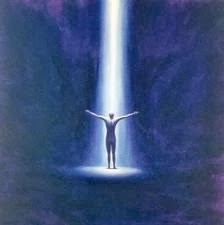 "He is a God's man,only he can connect you to God. I am listening him,attending his religious ceremonies,donating for his charity work and you won't believe how enlightened I feel in doing all these things." Rajesh was praising his spiritual guru in front of his friends,another friend of his came and said," So ,you think you know it all about Baba", "Off course!" " Let's put on the TV." All news channels were showing breaking news of baba's arrest in child molestation case.His ashrams all over the country were also under government scrutiny for illegal possessions.