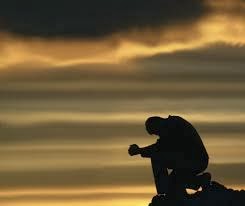 Ganesh was living this solitary life from last six years trying to run from his guilt which was eating him from inside. His search for peace had made him to roam all religious places known to him. He had knocked the doors of every temple,dargah,gurudwara,church,etc but all in vain. He was running from himself but you can't get away from yourself by moving from one place to another. He never faced himself because that encounter with self might put a question mark on his existence. He didn't deserve to live for what he had done.

Aarav was taking shower and his phone was ringing continuously ,he came out in haste soap bubbles were still on his body he looked at his phone,"38 missed calls in 10 minutes!" He wondered what was going on, it was Sheena's number,he called back her." Sheena are you all right." She started crying as her parents were taking her to their village near Amritsar where they had planned her wedding. Aarav consoled her and said that he was coming to her house to talk to her parents.

He told about the incidents to his parents and took them with him to Sheena's house. When they reached there she was already gone."Dad,I can't live without her,you go home with mother I will bring her back." He called his best friend Ganesh to come with him.

Next day police recovered Aarav's dead body from the river. It appeared that he had committed suicide but his parents were convinced that he was murdered. Police didn't care what they said and closed the investigation. Sheena was married to Ganesh by her parents. She remained unaware of Aarav's death for days but when she came across the truth she drank poison and died. After that day Ganesh also leaved that town.

Ganesh gave them money and told his plan.He had plotted for Aarav's death after getting confirmation from Sheena's parents of his marriage with her.They were against Aarav for being below their status, Ganesh was equal to them. Ganesh loved Sheena since childhood,they were best friends everyone in their family knew that they would marry one day. Aarav had spoiled all his desires,she met him in college and they both fall in love. Ganesh hated him since than,it's time to remove him from his path. He also gave money to police to close the case as early as possible. " She will call him and when he will not find her here,he will inform me. I will bring him there where you will beat him and then we will throw him in the river."

Ganesh decided to leave the life of a recluse and returned to his home town. He must confess his crime which was the only way to get rid of this burden. " only confessing my crime to Aarav's parents will make my repent successful." He came back and visit Aarav's home. He was shocked to see Aarav and Sheena there with their children. Aarav told him that Sheena heard about his plan to kill him." I contacted my friend Inspector Khan and told about your plan. He arrested your men and make them do what he wants." He explained that he was alive when thrown in river and poison ate by Sheena was also fake. " Doctor who declared us dead was also involved in our plan. We were to confront you after some days but you were not there.My friend when you start to live outside yourself,it's all dangerous. You never realized what you were doing with us the two people who trusted you the most."

He came out without saying anything and looked at himself ,he lost his parents in these years. His property was occupied by his relatives and now he stand nowhere in the society. He now lives a life of a recluse somewhere near river Ganges.