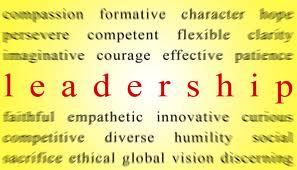 About a decade ago,debate over age of our politicians was in its full swing. Everybody wanted youth to be part of the politics so that a different political atmosphere prevail in the country. Things did change in these years and more and more youth politicians emerge in the scene like Rahul Gandhi,Akhilesh Yadav,Aditya Thackeray,Sachin Pilot,Umar Abdullah,Anurag Thakur,etc.

All of these leaders in present time holds an important place in their respected parties or in central or state governments. Nation hoped for change through these leaders but they too got struck in this rotten political system and instead of cleaning it they became a part of it. Rahul Gandhi who is projected as future Prime Minister of India by his party has lost touch with the masses by keeping himself silent on many important issues and at times when he speak at certain occasions his speech turned out to be of a newbie.

Akhilesh Yadav who is now Chief Minister of Uttar Pradesh has lost control over his government, he appears to run government on his father's commands,law and order situation in UP is worst,recent communal riots in Muzaffarnagar is one more example of his failure. Umar Abdullah the chief minister of J & K often give statements which give way to tensions in the valley, Anurag Thakur the head of BJP's youth wing responded to the outrage by spouting the retrograde ideas of the RSS on the difference between "India" and "Bharat" on the issue of gender.

Varun Gandhi another BJP youth leader was booked for communal speech during his election campaign in last elections. Sachin Pilot,Jyotiaditya Sindia,Milind Deora,Jatin Prasad,etc never came out to speak against corruption in their party.

All these youth leaders belongs to political dynasties,either their father or mother was a politicians before hence they are also carrying burden of political lineage, other youth politicians don't get any chance to represent government either in state or central level due to these heavy weight candidates. All these leaders don't speak against their party lines for what is right or wrong. In spite of so many youth politicians India is still waiting for fresh, reformist youth politicians which can bring change in the political system. We need young and active leaders to lead from the front and not young and tired to further carry this cripple political system. These leaders must have voice of their own and should have courage to speak beyond party line and act as to become a role model for young generation.
Akhilesh Yadav communal riots cripple Fresh Views party line politics Rahul Gandhi role model RSS Uttar Pradesh