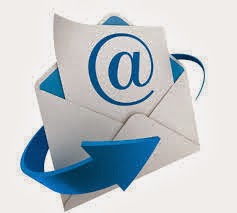 And before I knew it,I had hit 'Send'. "Oh No! Did I really send it". I checked again it was already in sent mail folder. But why should I fear? What he did to me was not right at all ? How can an editor of such a high status print an article by a budding writer like me with his name? With these words I was consoling myself, and justifying my hate mail to him,this was also suppressing the fear in back of my mind that this was the end of my career as a writer.

Soon my fear grew stronger when I thought about my struggle to reach there,this job in such a reputed newspaper daily was a dream for me. Moreover my financial status at that time was also not god to lose a job and loosing in such fashion would be a surety that no other newspaper would employee me. " What should I do now ? " I was sweating with fear when my phone rang. " Oh ! it was he, I am gone," I didn't pick the phone and when it stopped ringing I switched it off, I also removed the wire of my land line phone, I was just prolonging that moment to hear the shattering of my dreams,with this fear my eyes automatically started shedding tears,my whole life was in front of my eyes. I have leaved a job in bank to become a writer with so much effort I was temporarily employed by this newspaper. This job would act as a precursor to my dream which I had ruined myself. I cried,cried ,cried and fallen to sleep.

My sister woke me up from my sleep,I almost slept for six hours as if became unconscious.She told me that newspaper editor had come to meet me. I prepared myself for the worst,it was all my fault,how irresponsible I was? I have put axe on my own feet. I washed my face and went downstairs where he was sitting. " Are you all right young man, I am trying your mobile and land line since morning." I thought that he had gone mad by reading all abuses I have collected and wrote to him to behave in such a polite way. " Sir! I have sent you a mail in the morning." " Mail!I didn't receive any mail from you anyway just forget it,I am here to say sorry that my name was printed for today's article in place of yours. We will publish the same article again tomorrow with your name and an apology by me. And yes tomorrow we will include that paragraph also which we have omitted today for its length. " I was happy to hear these words from him,he also gave me permanent job in his newspaper for the reviews he had received for that article. But what happened to that mail,who had received it.

I went to my computer as soon as he leaved,I opened the sent mail folder. I have sent it to some jaychan@*****.com instead of jaychand@*****.com. Someone also send a reply from that email id which was in Chinese which reads as " I think you have sent it by mistake ,many words don't translates difficult to understand." after translation. I laughed and said to myself that some of those Hindi language abuses were really hard to translate and many of them were new ,even I didn't understand what these words actually means.


This post is a part of Write Over the Weekend, an initiative for Indian Bloggers by BlogAdda
axe on own feet BlogAdda computer email financial status short story translates. WOW