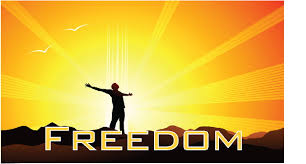 1 .Sanjay Jha decided to came back to his hometown Darbanga(Bihar) from Mumbai as his life is more important than his right to work anywhere in the country.
2. Rahul and Rashmi were killed because they love each other by their parents.
3. Raghu and his family was forced by Bajrang Dal to leave Christianity and came back to Hinduism.
4. Asif cancelled all relations with his son when he married a Hindu girl.
5. Sandhya now take different route to office as those boys make dirty comments.
6. Dheeraj again joined his stunt biking group even after police warning.
7. Dalit children remained in class during mid-day meal distribution in school.
8. As soon as he took action against son of an MP he was transferred by the authorities.
9. Judge passed the judgement against him because he was unable to hire a lawyer.
10.His father remain unattended and died because he couldn't manage to deposit money on time.

Above incidents are fictive but that doesn't mean they are imaginary,these things happens and are happening in our country daily. We got our independence from Britishers on 15th August 1947 and since then we are still struggling for freedom. Freedom from our age old thinking,freedom from caste system,freedom from corruption,etc. Where some people are exploiting freedom of others,many people don't enjoy freedom at all.

Citizen of this country are still not able to work at a place of their choice,they can't marry of their will,they can't practice religion they wants,girls still feels unsafe,they can't wear clothes of their choice,schedule castes and tribes are still exploited,medical and judicial facilities are out of reach of the common man. Those with power don't let others function honestly and correctly.

Some misuse freedom by curbing other's freedom,they don't follow traffic rules creating problems on road,play music at loud noise disturbing neighbours,spit in public places making city dirty,intervene in other's privacy and so on.We all have to think about that and change the way we think to inculcate real freedom in ourselves so that we can safeguard and let other enjoy their freedom too and remember never to loose hope that everything will be fine one day.