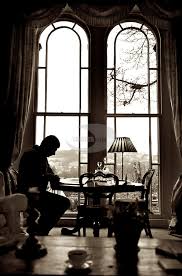 Rajan was thinking of the days he shared with Roshni while sitting beside his window. Since childhood they were neighbors and thus very good friends,when at the age of sixteen Rajan lost both his parents in a road accident she was one to console him as she experienced the same feeling being brought up by her elder brother after she lost her parents in her childhood. They always stood for each other in time of grief and happiness,it is on her encouragement and support that he completed his studies and worked now in a private company as a manager.

He always enjoyed her company and started liking her,he don't know exactly when this liking converted into love,he never disclosed his emotions for her and wanted that she understood them by herself. But neither she nor he spoke those words and now it's too late as her brother has fixed her marriage to someone with her consent. He was relaxing and thinking about his untold love when Roshni's brother Arun knock at his door,"Rajan may I come in.", " You!yes please come in bro."

Arun told Rajan that he required money for Roshni's marriage arrangements," Rajan you are our own family and you can understand my situation,please arrange for some money, I will return it to you with interest with in a month." Rajan was saving money for years for his marriage someday with Roshni. He gave that money to Arun for a condition that he did not want it back as being the best friend of Roshni,it was his duty also that her wedding was completed without any difficulties.

It might be possible that Roshni would have accepted his proposal if he had asked her for marriage,it was also possible that she already knew of his love for her but she faced same problem as faced by Rajan. They both didn't want to lose their best friend or his love was not strong enough to be acknowledged by her. In few years Rajan also got married after pressure from some relatives and Roshni. Rajan and Roshni are still good freinds and that love story remained untold forever. It is also possible that there is another side of that story.

This story is complete in itself but if someone wish for a different end to that than wait for its,
concluding parts in future posts.....
another side best friend. Fiction love story marriage money short story