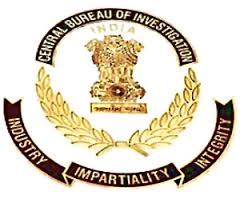 " CBI a caged parrot speaking in master's voice". This statement by Supreme Court during coalgate hearing was enough to prove the credibility of CBI the main central investigating unit of Indian Government. CBI is reduced to a mere weapon of mass destruction of evidences and a way to hide crucial information and investigations from the masses.

The governments in center use this agency so as to bury allegations over them. There used to be a parrot in arabian nights and Hatimtai's story in which someone puts his on life in it than that person is only killed after killing of that parrot. Central Bureau of Investigation(CBI) is also used for that purpose. Government has placed its life in CBI and thus secure itself.

This parrot only speaks against the present governments when these government becomes past i.e when it's master changes. It is an open secret now that this agency is definitely not free which concludes to that the investigations under it are also not free

There is a need for an investigation agency which will work independently and don't act as a puppet under central government,so that scams will be probed and culprits will be punished.
arabian nights caged parrot CBI coalgate current affairs government Hatimtai. News Supreme Court