"Be the change you want to see" - Mahatma Gandhi 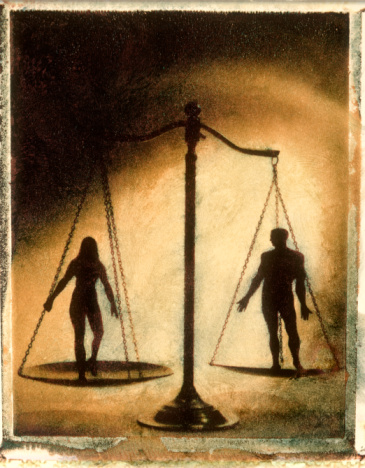 Today we all raise our voices for crime against women. As soon as a rape news flashed on news televisions people are out on streets to protest against the police and government,demands harsher punishments for the rapist and so on. It all ends in few days and life goes on like this.

The problem lies not in minds of few individuals but in thoughts and behaviour of the whole society and as the charity begins at home so is the brutality. Right in our homes position of girl child is miserable,a sister must care for her brother's needs while a brother is free to treat her as his servant,it's a daughter's duty to ask for water to father when he returns home while son plays video games. Still marriages are arranged without daughter's consent,parents think it as below there dignity to run there homes with girl's salary. These thoughts which are prevalent in society project women as soft and venerable characters to be victimised in each and every step of life.

A girl herself started thinking that she is weak and must need someone to protect her,to feed her,to take care of her and when she is married with such mind set she suffers each treatment given to her as her destiny,she further inculcates this ideology in her children where a boy started thinking himself as boss and a girl as a slave. Such women are also prone to physical violence as they don't even realize that what is happening to them is wrong,neighbors, passerby don't intervene not because they think it's a personal matter but because they too are occupied by this ideology related to status of women. Initiatives like BELBAJAO  thus becomes useless in our patriarchal society.

We must become the change we want to see,there is a need to bring a change in thoughts of girls and women. A man must encourage the women to fight for her rights. There should be a Krantiveer like Nana Patekar who encourage a woman in movie so much that she herself hit those who try to do injustice to her.It may sounds filmy but women must feel the power in herself and the effect it can create in society and on those who think her as a toy. A real man is not one who project himself as powerful but one who support and encourage women to be powerful.

Bangles should be a sign of power and not of cowardliness. When boys will treat there sisters well,respect there mothers equally than they will be the man who respect a woman as a equal human being as himself and not as an object to be treated in any way he likes.