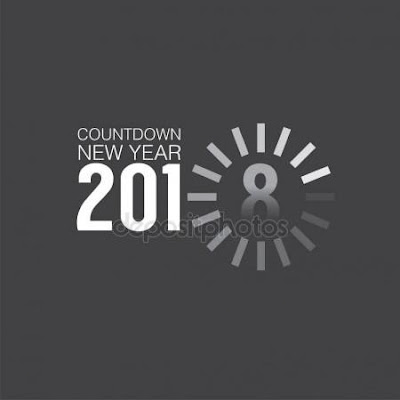 Today is the last day of the year 2017 and after two series of countdown to 2018 we have almost covered events of half of the year. Now lets talk about rest of the year. This year also saw the implementation of Goods & Services Tax (GST) in India which disturbed many small businesses resulted in nationwide agitation against the bill. Government has given some relief to them with some changes in it but the bill still not profitable for the country as revenue generation has decreased. Bengal witnessed communal riots in Basirhat area and also the Darjeeling agitation. Both the events took months to come back to normalcy. Iraq said to be liberated by ISIS and Nitish Kumar again resigned as chief minister of Bihar this time to form government with BJP support.

Rumors of braid cutting of women spread in northern region of India which engulfed this region in fear. A saddening incident of death of more than 64 infants happened in Gorakhpur, UP. The more astonishing is that they all died due to lack of Oxygen which was not available in the hospital at that time. Historical 'Right To Privacy' granted by a judgement of a Supreme Court bench which open ways to end Aadhar mandatory and can lift many ban like liquor ban, beef ban, same sex marriage ban, etc. Supreme Court also made Instant Triple Talaq illegal which prompted central government to bring a law to end it which was passed by Lok Sabha in the winter session. Self styled god-man Baba Gurmeet Ram Rahim was convicted in rape case resulted in opening of a Pandora's box of his wrongdoing. There was violence in Panchkula on the day he was convicted by his supporters. 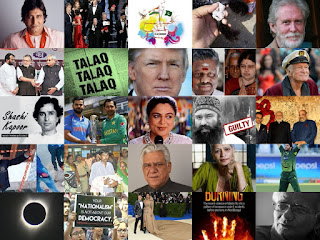 Gauri Lankesh an ardent voice against superstitions and RSS was killed by some unknown people possibly from the right wing prompted 'Not In My Name' protests by intellectuals & liberals. A seven year old kid Pradyuman was killed inside his school. Police arrested the bus driver but it was later found when CBI inquired that a senior student has killed him. Famous actor Tom Alter, Shashi Kapoor and Jaane Bhi Do Yaro directer Kundan Shah passed away. News of Amit Shah's son Jay Shah's corruption was revealed by 'The Wire' but no other media house dared to telecast this news.  Similarly a news revelation of mysterious death of Justice Loya who was associated with judgement of Sohrabuddin case in which Amit Shah was accused was also ignored by media.

Lalu Prasad Yadav convicted in 'Fodder Scam' but no one did '2G Scam' and 'Adarsh Society Scam' as all accused was liberated by the court. The year ended with the tragic incident of 'Kamla Mills Fire' killed many innocents for the negligence & corruption of authorities. Here is a video with the glimpse of the events of the year.