The Islam I know !

The Islam I Know 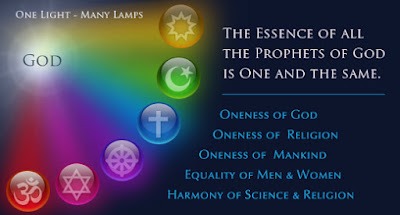 The Islam I know is totally different from the public perception. It not in a single word promotes terrorism. I learned about Islam from my mother, father and from maulvis (Islamic teachers) in the local mosque but never ever I felt they are promoting hatred against another religion or faith in me. I always remember my father and brother playing Holi with equal enthusiasm as their Hindu friends. Not only them I also played Holi along with my Hindu and Muslim friends, similarly they visited our house to be part of Eid celebration.

My mother who is the grand-daughter of an Imam (mosque priest) never stopped us visiting Hindu temples. I was the regular visitor to temples during Janmashtami and other such festivals. There are no objections in our home on our visits to Gurudwaras, Temples or Churches. When I went to Mount Abu in Rajasthan which is famous for Jain Temples in a school trip no one taught me to stay away from the Jain temples there and I visited all of them.  My mother and sisters make special dishes during Hindu festivals also and in our office we distribute gifts and bonuses to staff during Diwali and not during Eid.

Imams and Maulvis in our local mosque and madarsa where I learned Quran teaches us to be good human beings which they say is equal to being a good Muslim. ‘Your Eid celebrations are complete only if your neighbors are also happy’ this is what he said during this year’s Eid namaz (prayer) emphasizing on words neighbors and mentioning ‘without looking at his or her religion’. In my childhood we use to perform Ramlila in our locality where I played the character of ‘Lakshmana’. This Ramlila was performed by both Hindu and Muslim children.

I am not trying to clarify anything about Islam because except few everybody knows that it is not the religion which spread terrorism but the people who follow them. Today’s world is full of people who are deprived of something by someone that nothingness in their life can be easily filled by terrorists to promote their agenda. It has become a business which has its own targets, clients, sponsors and customers the success of which depends on the amount of differences they have created with their acts of violence.

In the internet connected world search engines are the source of information. We clarify our doubts from there instead of asking elders or teachers. Terrorists picked individuals from there and divert them to their agenda with misinformation, fake information and hitting their emotions with the stick of religion. Peace in the world is the biggest enemy for many and hate is the tool which they use to disturb it. There is only one solution to the problem i.e. Love for all. 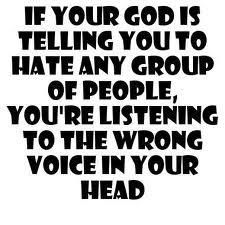