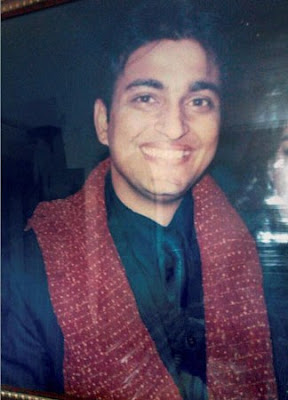 A murder is always a shame for society but the way this murder was conducted and for the reason behind it I being a resident of Delhi is feeling embarrassed. I am talking about the murder of Dr Pankaj Narang a Dentist who lived in Vikaspuri, Delhi by a group of nine people. The event that followed after the murder on social media was also horrifying ridiculing our status of decent society.

It was an usual event that lead to such a big incident. Pankaj and his brother-in-law's son was playing cricket on road in front of their house when a speeding bike came and stopped in front of Pankaj's son saving him from the accident. This angered Pankaj, he scolded both the biker and the pillion. He seized their bike and asked them to bring their parents since one of them was a minor. They returned with cricket bats and sticks in their hand along with seven more people including a woman attacked Pankaj Narang in his home. They beat Dr Narang to death. The cries of help by Dr Narang and his family remain unheard by their neighbors and police as usual reached late on the spot.

Seeing involvement of some Muslims in this incident RSS/BJP workers reached the spot to give the incident a communal turn, thankfully family denied any political interference in their moment of grief but that doesn't put off these rumor mongers on social media. From cricket bats to knives, from group of nine to mob of hundreds and from nearby slum clusters to Bangladeshi migrants, these people try to communalize this issue in every possible way. Here I want to appreciate Delhi police especially IPS Monika Bhardwaj who tweeted correct facts related to the incident. She thwarted communal polarization by declaring that 5 out of 9 accused were Hindus and none of them was from Bangladesh. Sadly she received abuses from those whose agenda she has sabotaged.

What has happened to our society? Why there is so much anger inside us? Why neighbors not interfered when the attackers came? We are disintegrating as a society of humans into the groups with same ideology, same faith, same locality, same community these identities have subdued our identity as humans. We forget that what is happening with somebody else could happen to us if we remain silent during injustice on other. This incident or any other such incidents are highly condemn-able whatever may be the religion of the attackers. It is disheartening that some people try to gain political mileage out of personal grief, we must be alert and aware enough to suppress such anti social elements during these incidents. My condolences for Dr Pankaj Narang's family and I appeal to Delhi police to treat four juveniles in this case as adults for stricter punishment for them. Till next post God Bless India.
communalize crime Delhi Police dentist Dr Pankaj Narang IPS Monika Bhardwaj News polarization social media Vikaspuri-Delhi