"Kindness is a mark of faith, whoever is not kind has no faith." - Prophet Mohammad

Fragile religious sentiments or ignorance of the followers? Basic principle of every religion is almost same. All religions have same teachings but different gods it’s like so many different companies making same product with a different name. Except some beliefs every religion teaches us the same kindness, humanity, caring and forgiveness. Messengers, gods, prophets or anyone related to any religion are figures of idealism. Their lives are examples to be followed by their believers. 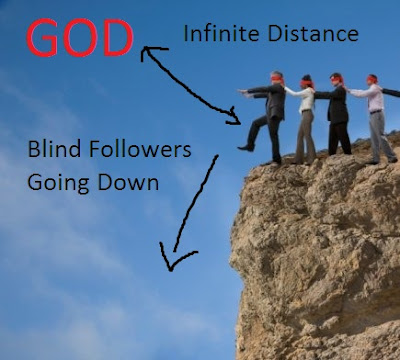 Now I come back to my question fragile religious sentiments or ignorance of the followers? Followers of every religion, sect or community get offended easily if someone criticizes their religious beliefs it is because of their ignorance they don't argue with criticizers instead try to abuse or physically hurt or kill the criticizers. Situation became out of control when so called torchbearer aka god-mans, mediators between god and follower took things in their hands. They instigate ignorant believers into doing things which appease them and their political allies.

Recently Kiku Sharda famous comedian best known for his role as Gulgule in Sab TV's FIR and Palak in Colors' Comedy Knights with Kapil arrested for mimicking Baba Gurmeet Ram Rahim Singh of Dera Sacha Sauda. Baba's followers get hurt seeing him mimic their sacred leader. What about us who hurt seeing him as hero on silver screen? Interestingly Baba himself is seeking pardon from Sikh community for hurting their sentiments by behaving as Guru Gobind Singh.

Muslim community staged nationwide protests because Kamlesh Tiwari member of a right wing Hindu organization defamed Prophet Mohammad. One such protest in Kaliachak of district Malda, West Bengal became violent and some of the protesters set a police station, some BSF vehicles on fire. Last year Hindus were also hurt by the depiction of Hindu Gods in the movie PK and some theaters in many parts of the country were attacked for showing the film. Renowned painter M.F.Husain forced to leave India for improper depiction of Hindu Gods. Christians were offended during release of Da Vinci Code. Sikhs became violent when Guru Granth Sahib was damaged and Prophet Mohammad's cartoon violated Muslim's religious sentiments.

Sometimes I think about futility of all Gods who don't have power to stop their insult. How easy is to make a believer angry? Question his/her god and be ready to face the consequences, your rational thinking may be wrong but not the things written in scriptures long ago?If a religion stops rational thinking, I stop blindly following that religion. It is also strange that those who get offended by questioning/mimicking/representing/drawing/ god or His messengers remain unaffected when His creations suffers. So make beliefs in your god strong and respect His sense of judgment. If what He did is always right than whatever He is doing is also right. Stronger beliefs mean stronger sentiments which wouldn't hurt easily. God Bless Himself, His Followers and India.