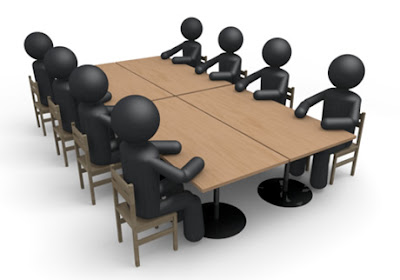 "Dear members of award committee, being the chairman of this selection committee its my duty to honor the talented people for their contribution to their respective field. This is the list I have made after your recommendations. Please feel free to discuss if you have any doubts so that I can forward a final list to the ministry." The conference room came alive after announcement by the chairman.

All members started reading the names on the list, it was their responsibility to give a fair decision to keep nation's faith in these prestigious civilian awards. After reading the list there were discussions on some names, they added few to the list and deleted some from it. Finally after two hours all members were satisfied with the outcome. They gave a nod to chairman to announce these names to the ministry. The final list soon reached the PMO for Prime Minister's approval. PM after approving the list send an appreciation letter to the committee.

' Dear members of the committee, I am happy with your work. I am satisfied that after weeks of deliberation you finally zeroed down the name similar to the list send by my office to you at the time of formation of this committee. By doing this task some of you also qualified for next years Padma award list. Thanks again Best of luck for the future.'

All members of the committee were proud of their sycophancy after hearing this letter from the PM. They have done the job given to them. Chairman was on cloud nine, he was sure of Padma Award next year. ' Sycophancy is the best trait to get these awards,' he said to himself and dismissed the committee.

Note :  Above scene is an imaginative reconstruction of what I think happens in Padma Award committee looking at the awardees each year.
civilian awards committee Padma Awards PMO Prime Minister Satire sycophancy