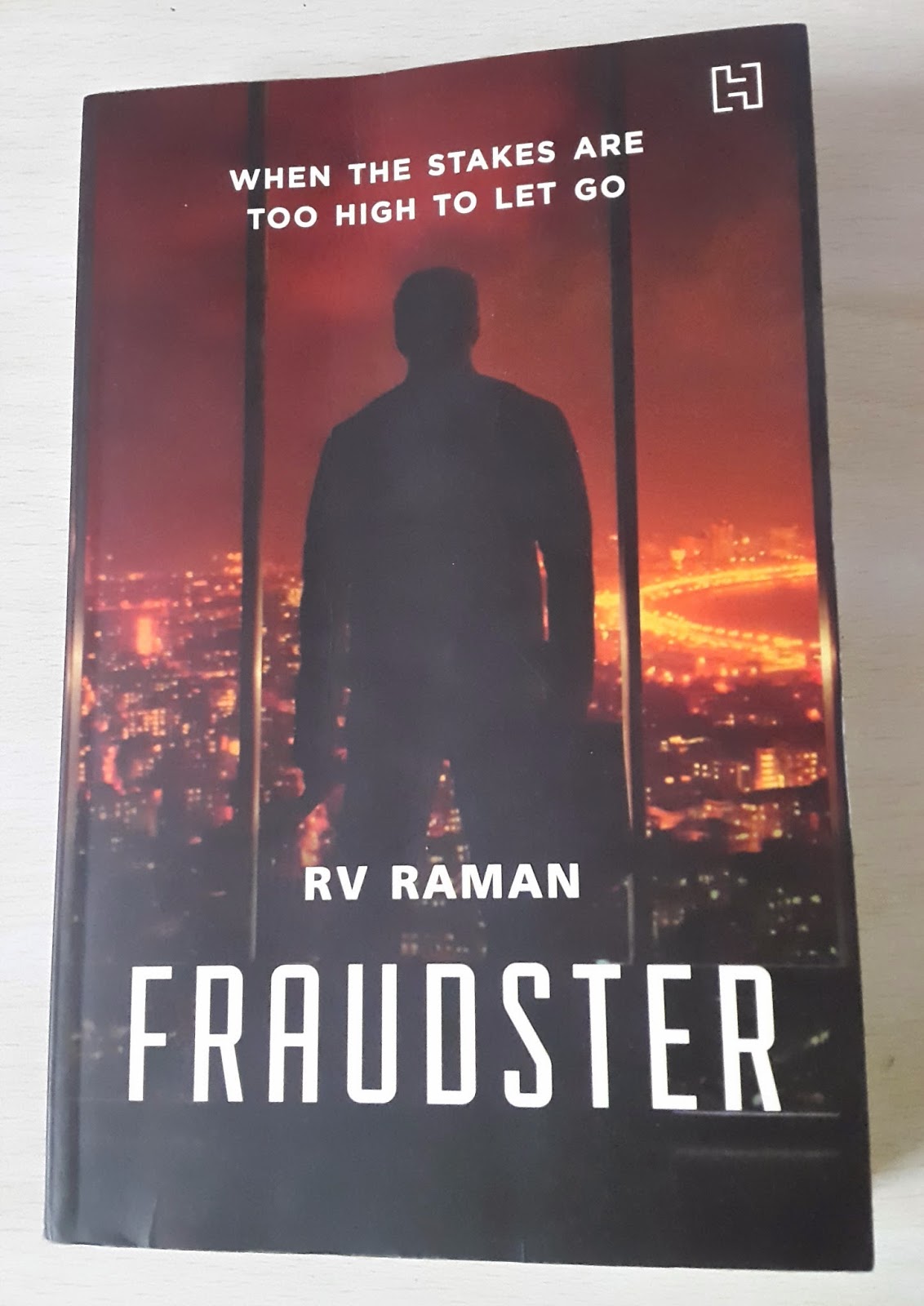 Fraudster is a suspense thriller set in the world of corporate finance written by R.V. Raman who was the former head of KPMG's consulting and the co-head of their Risk Advisory Services. He was also partnered with A.T. Kearney and Arthur Andersen, and boasts an experience of over three decades and covering four continents. Currently a faculty member at the Indian Institute of Management, Trichy, he teaches Business Strategy. He is based in Chennai and this is his first book. This book is published by Hachette India and I have received this book from reader's cosmos as part of their book review program.

Cover : The cover reminded of Aamir Khan in the poster of Dhoom - 3 but there is no such connection in it. But yes the connection with bank is common in the story but in different way. The man's shadow here at the cover is signifying a fraudster looking at Mumbai as his target. The gun in his hand indicates his intentions of killing anybody who came in between his goals and ambitions to make money.

Plot : A girl named Shruti Mathur who was fired by her bank after she deposes before a commission investigating large - scale financial fraud and found guilty of negligence in duty. Before police gets some clues about her death, one of the member of commission investigating the fraud Mr. Visht also died. Detective Inspector Ranade of Mumbai Police investigates the case as some more deaths, assaults, attacks, bomb explosions were waiting for him. The people related to Visht and his secrets faced danger of their lives as Ranade further investigates to finally grab the fraudster and reveals his plan. A fast paced thriller about illicit finance take you to the world of corporate finance full of money, deceit, corruption, fraud and the fraudster where you will keep on guessing the culprit behind all these scams and murders.

Thriller :  Being his first book , R V Raman has kept it simple without confusing the plot with sub plots within the main story. Yet he remained hooked to the thrill and suspense till the end and a reader has so many suspects to doubt before the real revelations. His knowledge of banks and financial corporations gave a touch of reality to the plot. He didn't tried to bring lust and sex unnecessarily in the narrative as most of thriller genre writer practice these days. Also I liked that story is inspired by real frauds happened in political and financial circles recently which make it real and acceptable for the readers.

Spoiler : The financial angle is bit confusing, common reader finds it hard to grasp it in one read. I think details of that level are not necessary for the narrative. There are so many men and women but no romantic angle, no relationships, this lack of love angle appears missing to me.

Rating: This is a real thriller strictly dealing with suspense which you must read. I will give 3/5 to it.

"This book review is a part of The Readers Cosmos Book Review Program and Blog Tours.  To get free books log on tothereaderscosmos.blogspot.com"