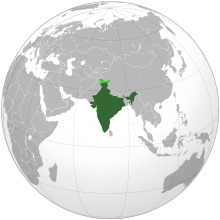 India is incredible and there is no doubt about it,not only we believe it but the whole world is with us in this view. Since ancient times our country is a matter of interest for the universe for its uniqueness. Uniqueness in thoughts in culture,in tradition and in people of the country. Outside world was always curious to know us,we gave the concept of zero,spices,numerical systems,music and many more things to the world. They learn these things from us and developed them further but a thing we give to the world is still with us,we are admired for it throughout the world but not followed on this. The thing I am talking about is peace and non-violence. 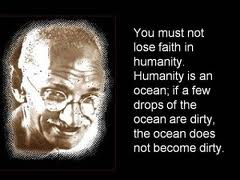 Since the time of Gautam Buddha,we taught these concepts but all in vain. The other side of these concepts  is that we are now treated as a country for salvation but not a country of reputation. We are taken as soft targets even by smaller and weaker countries like Pakistan,Srilanka,Bangladesh,Afganistan,etc. we often pardon them and want to be their best friend even when they spread terror in our country. Developed countries which depend on us for there workforce pressurise and insult us in many issues. Recently two Italian officers who killed our fishermen were ordered to leave the country and they are now not coming back to face the trial,there are many such incidents with American,British or other countries. America destroyed a whole country for killing its people by an organisation and we take life of our country men so lightly that we allowed two killers to leave the country for elections in there nation.

Its good that we are peace loving people and believes in forgiveness and reformation but this portrays us as a soft targets for criminals. Our judicial system has two many loopholes and opportunities that criminal in our country roams freely and commits crime as easily as doing any routine job. This image should be changed and judicial system should be made strong by the government,there is also a need to look at our foreign policy more seriously and project ourselves as a stronger nation to the world.
America Fresh Views Gautam Buddha Incredible India Italian Officers judicial system mahatma gandhi nonviolence Pakistan peace Sri Lanka