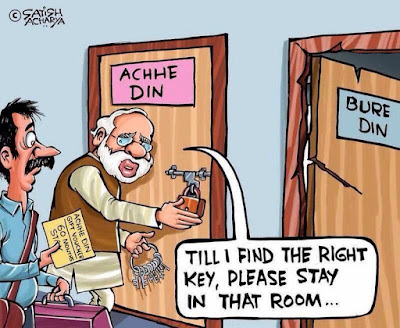 I will start from the beginning when our Prime Minister started saying that he will make India Great Again. For me and many who think like me India is and was great from the time we know it and that greatness not depends on any party’s or person’s way of leading the country. From the last four years I have seen some prominent changes in your stands as well as motives of your party on important national issues which are responsible for bringing you to the power namely corruption, development and growth of every sector of the society (Sabka Saath Sabka Vikas).

BJP only become a washing machine in these 4 years to wash away the sin of the corrupt by making them as their member. Y.S. Yedurappa of Karnataka accused in mining scam, Mukul Roy of TMC from Bengal accused in Narada sting case, Himanta Biswa Sarma now Assam Chief Minister is accused in water scam in the state, Narayan Rane another corrupt politician from Maharashtra also joined BJP. The list is long and disheartening for the people who thought you have ‘Zero Tolerance’ against the corruption. 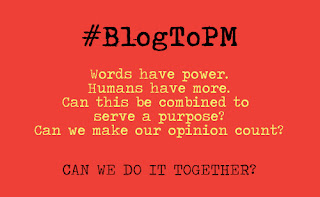 Apart from this your silence on corruption issues and on frauds done by people like Vijay Malaya, Lalit Modi and the recent one Nirav Modi who did scams and easily flew the country pinches the large number of people who brought you because they were frustrated by the corruption of the Congress.  Corruption is and will remain the biggest challenge for growth and development. Government sanctions money for various developmental projects but it was leaked by the officials in between in collaboration with politicians. In the years you are ruling the country I have not seen any strong step on curbing corruption and 'Na Khaunga Na Khanedunga' also become 'Jumla' like many of your promises.

There is a saying that charity begins at home. You should first make political party donations transparent and with the majority and conviction you say you have against the corruption you can bring political parties under RTI act and can make all cash donations illegal. If any unaccounted money is disclosed with the party and the people associated with it they must restricted to fight any election. RTI and Lokpal brought by Congress are two main tools against corruption but there are reports which show your government has weakened the institutions and there is no Lokpal appointed even in four years of your power.

I hope my this #BlogToPM stir some serious discussion on curbing corruption in the mind of PM.

The post is written as part of #BlogToPM initiative by BlogAdda.