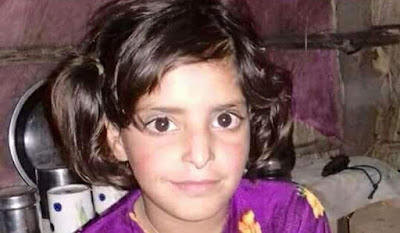 An eight year old girl was kidnapped, sedated for hours and kept in a pious religious place meant for the main worship. She was raped repeatedly by six men in that state for days. Six men includes a person specially called to ‘satisfy his lust’ from outstation. She was held captive for about a week in January this year after which she was strangled and then hit with a large stone twice to make sure that she was dead. Don’t get angry in disgust before reading the final detail that one man raped her again when she was dead.

Isn’t the incident horrifying and disgusting without knowing about the details of the victim and the accused? Don’t you think these animals like criminals must be hanged as earliest as possible? Or do you need a religion of the victim and criminal to make up your mind? If yes then you too are an animal in making and you or someone other from your family is going to be part of the mob which would be standing in protecting such criminals.

The kidnapping, rape and killing of the girl Asifa of the Bakherwal community at the Rassana area of Kathua was part of a planned, chilling strategy to instill fear and drive the nomadic tribe out of the region, reveals the 15-page charge-sheet filed by the Jammu and Kashmir Police in the chief judicial magistrate's court on Monday.

Sanji Ram was allegedly joined by special police officers Deepak Khajuria and Surender Verma, friend Parvesh Kumar or Mannu, Sanji Ram's underage nephew and Sanji Ram's son Vishal Jangotra or "Shamma". According to the charge-sheet, on January 11, Sanji Ram's nephew phoned his cousin Vishal Jangotra and asked him to return from Meerut, where he was studying, if he wanted to "satisfy his lust".

The sad part is that the Bar council of Jammu and some supporters of these criminals including two BJP Ministers in the Mehbooba Mufti government of Jammu & Kashmir has given the incident a communal color and are trying to protect the criminals. The hate is engulfing us fast and the day will come that we even started hating the people in the same family because ‘Hate Gives Rise to Hate only.’ We all must demand #JusticeForAsifa not for her sake but for humanity’s sake which allow us to be human first before attaching to any community/region or religion.