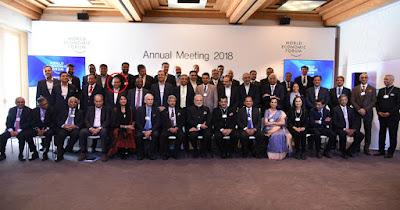 How easy is for the rich to fool institutions, governments and even regulatory authority while poor succumb to their pressure? Yes that’s the story of our country where 'Sachai Ki Hamesha Jeet Hoti Hai' (Truth Always Wins) is reserved for the films only. Have you ever heard a rich billionaire committed suicide with his family for non-payment of his bank dues worth crores, no because they know the escape route and the escape agents who escort them to safe heavens for their entire life? The poor laborers and farmers in such circumstances has only one escape route i.e. to end their lives with family and safe themselves from the shame and humiliation for not able to pay the bank dues.

Nirav Modi is the latest in the list of those who fled the country from below the government’s nose after doing a scam of Rs 11,300 crore in collaboration with Punjab National Bank (PNB). He was involved in it from last 7 years in this period government helped PNB with up to Rs 5500 crore. It is an open secret that a scam like this is not possible without involvement of higher officials of the bank and there are possibilities that government agency people are also part of the it. The question is will those responsible for the scam ever get caught? Looking at the conviction to curb corruption of the governments of last 30 years I see little chances of Nirav Modi arrest. Moreover his proximity to current Prime Minister Mr Narendra Modi shields him from arrest in the period of ‘Modi Sarkaar’.

The track record of the man who came with the slogan ‘Na Khaunga Na Khanedunga’ (Corruption Free Governance) is not good in convicting corrupt officials and ministers. He can’t even able to punish those people who he promised during his election campaign speeches of 2014 like Robert Vadara, Sonia Gandhi, or other people who have hidden black money abroad, Rs 15 lakh of which must be credited to each Indian's account until now. The so called anti-corruption crusader Anna Hazare is in hibernation from last 4 years. His key associate Arvind Kejriwal is reduced to Delhi only after forming a political party and various others like Kiran Bedi, Shazia Ilmi, General V.P.Singh, etc has joined Bhartiya Janata Party. So don’t expect any revolution in near future. Further the current situation is made like an undeclared emergency where anyone against the government policies, views and liking is anti-national and a traitor.

Just be hopeful that future will be better than present and come forward to be part of the change in any way possible. Through writing, painting or voicing your opinion against the wrong you can contribute to a better tomorrow. In the end here is the reminder to not fall in prey to fake Whats App or Facebook messages which divert your attention from real issues to imagined threat to the religion. If any religion that is in danger in today’s world is of Humanity so try to be a better human with each passing day.
Anna Hazare Bank Scam farmers suicide Narendra Modi News Nirav Modi PNB Fraud Punjab National Bank Rs11300