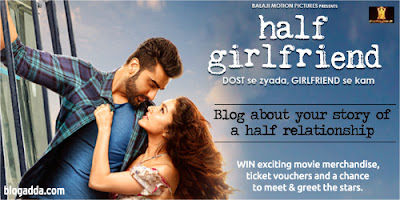 Relationships they say completes yourself. As we born god bestowed us with several relations from mother, father, sister, brother to so and so from the extended family. We can’t change them but to live with them. We have certain commitments & duties in them but then there are relationships we make ourselves in the form of friends, boyfriends or girlfriends in which we take easy liberties as we are not supposed to perform some duties or to show some commitments we can enjoy Half Relationships i.e. Association without any Commitment but in reality these are the relationships which shape our lives for good or for bad.

Rahul (name changed) caught in Love at first sight at the moment when Aditi (name changed) asked him the way to her class at the first day of college. Fortunately they both were in same class and call it divine intervention or just coincidence they shared the same bench. It didn’t take much time for these mere strangers to become best friends. Other students in college now have discussions about their friendship. Rahul’s friend wanted him to step ahead in this relationship by sharing bed with her. ‘Yaar! Sex is the next step of every relationship. Cement your boyfriend-girlfriend bond with a night together.’ Rahul thought he could get success in this as Aditi didn’t mind going out with him alone and he has noticed her blushing when he touched or hugged her.

One day Rahul decided to put forth this idea when they were sitting in a corner seat of a Cafe after the college. He was on the verge of saying something when suddenly Aditi stretched her hands to hold his, ‘Rahul more than a year has passed in our friendship and I have never told you this.’ Rahul was smiling inside thinking she was going to utter those three magical words which propel his plan further. He was quiet as she spoke, ‘Rahul thank you for being my friend. I am from a small UP town and it would be difficult for me to adjust here in Delhi if I haven’t get a friend like you who was not like other boys thinking about sex while meeting a prone girl like me or forcing to commit love. I never hesitated from your company because I feel comfortable in it more than my female friends who often talk of their sexual relationships while sitting together. Thank You Rahul! Be a friend like this for me always.’

He was holding them but he knew he has tears in his eyes for his lecherous thinking. This #HalfRelationship was more than anything for him and he promised to maintain this for lifetime. He is maintaining it even today after four years of this incident. Trust in each other is equal to commitments utter through words. People can say that she was his #HalfGirlfriend as in Chetan Bhagat's novel of the same name but he considered her a #FullFriend.

Here is the trailer of the film inspired from this novel.