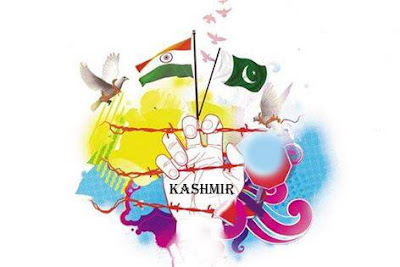 Democracy thrives with the participation of people in the process of government formation. For this voting percentage is set as a mark of people’s trust in democracy. So what to conclude from the statistic of meager 7.14% voters’ turnout? It means people have lost trust in the established government. The statistics I am quoting is from the Lok Sabha by polls of Srinagar constituency of Kashmir Valley. These violent elections also took away 8 innocent lives with clashes between protesters and security forces.

Kashmir Valley is at unrest since the formation of BJP-PDP alliance government. The incidents of protests has increased so is the case of violent protests. The trust with army has further declined among the people with increased incidents of use of pellet guns on the protesters and the stone pelters. More than hundred received serious injuries from pellet guns injuries last year which includes children who have lost their eyesight and many others who have received permanent disability. The current government has lost trust of the people with the incidents like Beef-Ban attacks, Vande Mataram row and many such incidents. The youth which looked more engaged with the mainland India before this government has detached itself again from the country.

Kashmir students were beaten in many universities of the country and in many others they were treated as agent of Pakistan by the ABVP affiliated students. ABVP which is the student wing of RSS has retorted to violence not only with Kashmir students but with all those students who supported liberal thinking. Kashmir needs our trust more than anything else. If we believe they are our own then we must believe in them also. Labeling every Kashmiri as a terrorist and Pakistan sympathizer will only drift them away from India. The separatist and Pakistan took advantage of that mistrust to lure unemployed youth to fall in their trap.

Looking back again to low voter turnout in Srinagar Lok Sabha by polls hints to that increasing mistrust in Kashmir people. These elections hold no value and must be annulled at once. Election Commission should also set a lower limit for the voter turnout for the elections to be valid. Lots of work has to be done by both the center and the state governments to bring back Kashmir people to them. I hope government will look at Kashmir issue with a different perspective without any prejudice and misconception. God Bless Kashmir.
current affairs democracy government Kashmir Kashmir Unrest Lok Sabha Srinagar Bypolls voter turnout