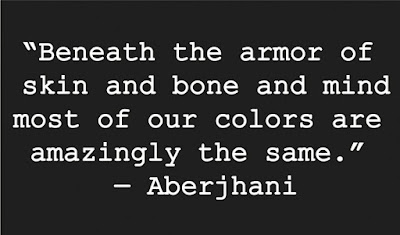 Silicon Valley of India has a big wallet but a small heart as came out from an incident happened last week where a 24 year old Tanzanian woman was stripped and beaten by a mob. She received this treatment because a Sudanese woman killed a local in car accident. Since both were black in color due to their African origin mob stopped car of Tanzanian woman and misbehaved with her. After her car was set on fire she tried to board a bus but people in the bus also became the part of that mob and paraded her without a top. Shockingly this scene was happening in front of a police constable who was deployed at the spot by Bengaluru police after they received the report of the incident.

But why blame only Bangaluru for this treatment of African nationals. We all called them Blacky, Habshi, Kalu and names like that when we encountered them. Similarly Northeast Indian receives racial treatments in form of words like Chinky, Gorkha, Nepali , etc. We are intolerant in accepting people who look different to us, who behave differently, who follow a religion different to us, who belongs to a different place and intentionally or unintentionally we all part of this racism. Many other things which don't harm others are projected as against our culture and a threat to our traditional values but in reality racism is against Indian values and culture.

It is ironical that this is happening in India where we have fought a two hundred year long battle to achieve independence from Britishers because they considered us different and inferior to them. We were second class citizens for them who didn't have rights similar to the whites Europeans and now we are doing same with others. Interestingly we all raise our voices when such incidents happens with people of Indian origin in America, Europe or Australia.

Racism arise from the urge of superiority. Superiority of one race over other, of one colored person over other colored individual. But superior is one who has a big humane heart. Goro Ki Na Kalo Ki Ye Duniya Hai Dilwalo Ki (Neither of whites nor of blacks this world is for those who have hearts i.e those who are human) so try to be Dilwale those humans who are against racism and who have the tendency to accept everybody. It is difficult as Shah Rukh Khan says,' Dil To Sabhi Ke Paas Hota Hai Par Har Koi Dilwala Nahi Hota' but it is not impossible. So Say No To Racism. God Bless India.

I am leaving you with this song from Mithun Chakravarty starer Disco Dancer (1982) picturized on Rajesh Khanna sung by Suresh Wadkar and Music by Bappi Lahiri.