There is a saying in Hindi 'Jahan Na Pahunche Ravi, Wahan Pahunche Kavi' which means that a poet could reach at places where even sun couldn't. It means that our imagination and creativity take us to places otherwise unreachable. It points out things in us, in our surroundings which we either ignores or don't see at all due to a veil of some traditions,religion and culture. Creativity highlights the beauty or the ugliness of certain things hiding behind the mask of ignorance owing to certain societal pressures.

Many incidents recently like attack on french magazine Charlie Hebdo which killed journalists and cartoonists for depicting Prophet Mohammad's cartoon, violent demonstration against movies like PK  and Ram Rahim 's (MSG ), ban on books by Salman Rushdie, Perumal Murugan, Tasleema Nasreen, Dan Brown,etc for defaming religions and many such acts by so called moral police have tried to curb creativity and openly condemned it. This made me contact her to chat with me for her views on all these controversy related to her. Here is an excerpt of this conversation : 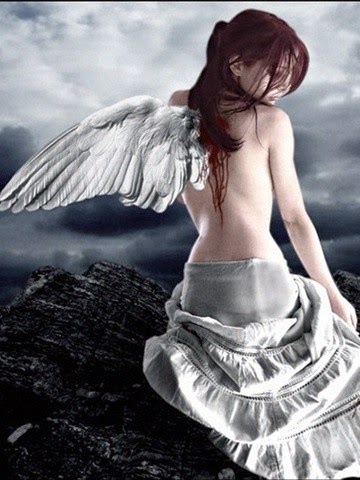 Me : I can see that your wounds are still fresh and present all over you. Which one hurts you the most?
Creativity (CRTY): (laughs) : It is like asking a mother which child she like the most. All wounds are direct attack on me and hurts a lot. But you see that they have never healed from the beginning of the time so I am habitual to them. Now absence of these wounds hurts the most than their presence.

Me : Is it right to attack you for the reasons they( attackers) give?
Crty : Do you watch reality shows?
Me: Yes.
Crty : Do you find reasons given by contestant to nominate each other right?
Me: No.
Crty : Yes you are right. But they still nominate using these silly reasons just to save themselves. Similarly these religious fanatics and moral contractor attack me to run their shops without understanding what I am trying to depict which if they understand make their whole existence worthless.

Me: But don't you think hurting some one's religious sentiments is not right and doing that again and again is like making mockery of them?
Crty : “Call people to the way of your Lord with wisdom and good teaching, and argue with them in the most courteous way” [16:125] , this is what Allah says in Quran they can argue and change the views of my preparators. Dedicate your being to god. He is the one to be ultimately relied upon. Those who know of his support are forever free from fear,worry and sorrow, these are Lord Krishna's words from Bhagvat Gita. If they were close to god than why they fear. In reality I am close to Him. I have no sorrows,fear and worry.

Me: Hmm! You possesses good knowledge of each religion then why you lampoon them?
Crty: That's what the reason I lampoon them because I know them. There is no religion which is perfect only god is perfect. These religious fanatics believes that they have become perfect which in a way is insult to god and a greater sin in every religion. So they are defaming god not I. Moreover if you are closed to criticism you are stale and dead.

Me : You talking like you are in frequent contact of God.
Crty: Yes I am. I am in His touch. My preparator are in His touch. He gives us the permission, he allows us do do what we are doing. If it was not His will we wouldn't have power to do such big projects.

Me : Any messages for anybody.
Crty: Live and let live. Life is tough and full of problems. Don't consider me as any problem. I will always prove useful to humanity and society. So don't try to kill,hurt,curb me because I will never die,nor kill only changes forms and yes I would also like to thank you who nowadays want to talk to me.

I think she had made it clear that she and not the so called saver of religions and cultures are close to god and His creations. But still I think it is not right to hurt some one's sentiments but then truth always hurts. So lets creativity flow in it's own course.